Steven, Kenneth
Digital bok / 2018 / Engelsk
IN 2020, BRITAIN IS AT BREAKING POINT In a country sorely divided, what happens to empathy and tolerance, to generosity of spirit? And can hope survive? In 2020, years of economic turmoil, bitter debates over immigration, and anger at the political elites have created a maelstrom, a dis-United Kingdom. The country is a bomb waiting to explode. Then it does. As the nightmare unfolds, a myriad of voices – from across the political and social spectrum – offer wildly differing perspectives on the chaotic events… and unexpectedly reveal modern Britain's soul with 20/20 acuity. Thoughtful, compassionate and sometimes provocative, Kenneth Steven's 2020 is a parable for our times. “Impressive... This novel is so realistic that it is reminiscent of Orson Welles’ classic The War of the Worlds (1938) fictional radio broadcast, which many listeners believed.” Booklist “This complex picture of a fraught political future will leave readers unsettled by its terrifying plausibility." Publishers Weekly, starred review "As tightly compressed and explosive as a block of Semtex." Robert Schenkkan, Pulitzer and Tony Award winning writer of Building the Wall "2020 is a compelling and difficult study of the darkness and pain of societies in conflict. Disconnection and misunderstanding feed the narrative, and leave the reader with no choice but to keep reading more.” Eric Barnes, author of The City Where We Once Lived “This book shook me… It caused me to reflect, to look into myself, to look at the world, to look at the UK, to look at the United States, to look at those around me and reflect.” NJ Thompson book blog “An important book that should be read by everyone… A gripping and compelling narrative.” Undiscovered Scotland “Clever and challenging… An honest and at times horrific view of the state of the nation, but run through with humanity and ultimately hope, Kenneth Steven has written a parable for our times, and one which we would do well to take note of.” Scots Whay Hae “Artfully constructed… the tension is perfectly pitched.” The List “Exerts the unsettling fascination of events that could easily come to pass.” The Herald “Chillingly plausible, not to say prescient.” Scotsman
Les mer
Nettpris:
61,- 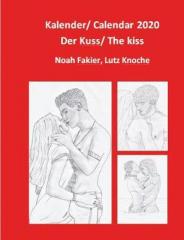