Al-Britannia, My Country A Journey Through Muslim Britain

Al-Britannia, My Country A Journey Through Muslim Britain

Fergusson, James
Heftet / 2018 / Engelsk
'A SERIOUSLY NECESSARY BOOK.' ROWAN WILLIAMS, FORMER ARCHBISHOP OF CANTERBURY 'A MUST READ.' MIQDAAD VERSI, MUSLIM COUNCIL OF BRITAIN 'A COMPELLING AND COMPASSIONATE SURVEY OF BRITISH ISLAM.' THE GUARDIAN 'A TIMELY BOOK.' BARONESS WARSI 'HUGELY IMPORTANT.' PETER OBORNE 'HEARTENING.' DAVID ANDERSON QC In this groundbreaking book, James Fergusson travels the length of Britain to explore our often misunderstood Muslim communities, and to experience life on both sides of our increasingly segregated society. The face of Britain is changing. The Muslim population has more than doubled over the last twenty years, and is projected to do so again over the next twenty. A societal shift of this size and speed has inevitably brought growing pains, with the impact on our communities becoming ever more profound - as well as painful, because in the eyes of many, Islam has a problem: the extremist views of a tiny minority, which, when translated into action, can result in catastrophic violence. The danger of this extremist threat - or our response to it - is that we are collectively starting to lose faith in the cultural diversity that has glued our nation together for so long. Our tolerance of others, so often celebrated as a `fundamental British value,' is at risk. In this groundbreaking book, James Fergusson travels the length of Britain to evaluate the impact these seismic shifts have had on our communities. With the rise of nationalist movements, growing racial tensions and an increasingly out of touch political elite, what does it mean to be a Muslim in Britain? What is life like on both sides of this growing religious divide? And what can we do to heal the fractures appearing in our national fabric? Al-Britannia, My Country is a timely and urgent account of life in Britain today, a call to action filled with real-life experience, hard truths and important suggestions for our future.
Les mer
"Perhaps the best book ever written by a non-Muslim about Islam in Britain." * 5 Pillars *"This is an impressively sustained attempt to listen to what British Muslims are actually saying, honest, fair-minded and not uncritical. For once we are allowed to see Islamic life in Britain in its human diversity, its three-dimensional reality. A seriously necessary book." -- Rowan Williams, former Archbishop of Canterbury"A fascinating journey across the diversity of Al-Britannia. Fergusson's fresh approach yields powerful and honest insights. A must read." -- Miqdaad Versi, Muslim Council of Britain"A compelling and compassionate survey of British Islam." * The Guardian *"A highly readable and common sense dismantling of the conventional view of British Islam. His gentle, unassuming tone makes his analysis all the more powerful. His message is urgent... a hugely important book." -- Peter Oborne
Les mer
After several decades spent reporting on the most dangerous and volatile parts of the Islamic world, award-winning journalist James Fergusson turns his lens on Muslim Britain.
James Fergusson is a freelance journalist and foreign correspondent who has written for many publications including the Independent, The Times, the Daily Mail and The Economist. A regular television and radio commentator on Africa and the Middle East, he is the author of five previous books including the award-winning A Million Bullets. He is married with four children and lives in Edinburgh.
Les mer
Nettpris:
201,-
Levering 3-20 dager 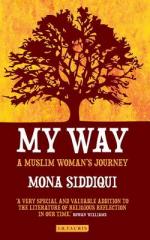 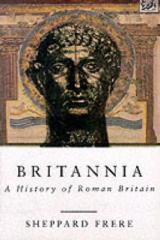 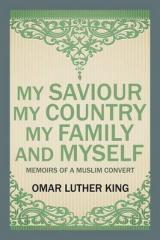 My Saviour My Country My Family and Myself Memoirs of a Muslim Convert
King, Omar Luther
Heftet / 2016 / Engelsk
143,- 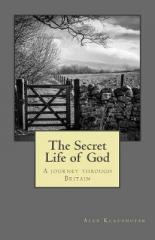