America and the British Labour Party The Special Relationship at Work

America and the British Labour Party The Special Relationship at Work

Jones, Peter
Innbundet / 1997 / Engelsk
Anglo-American relations have long been discussed in terms of there being a "special relationship" between the two countries. Peter Jones examines this relationship since 1945 with regard to the functioning of the Labour Party. Since the end of World War II, some elements in the British Labour Party were ideologically opposed to a special relationship. A leading question now is whether Labour's anti-Americanism of the 1980's will be submerged by New Labour? This work examines the policies of Labour governments, the points of agreement and difference since 1945 between party leaders, activists, workers and supporters, and looks at the future policies the Labour government might pursue in relation to the United States.
Les mer
Since 1945 some elements in the British Labour Party were ideologically opposed to a "special relationship" with America. This work examines the policies of Labour governments, the points of agreement and difference since 1945 and looks at possible future policies pursued by a Labour government.
Les mer
Part 1 Introduction: defining the special relationship; the academic debate about the "Special Relationship"; Labour Party attitudes towards the "Special Relationship". Part 2 Labour in power: the election campaign of 1945; Attlee, Bevin and the post-war world; Anglo-American relations, 1945-7; the breakdown of Anglo-Soviet relations; Labour Party reaction to the onset of the Cold War; developing a framework for European security; the atomic bomb; the Labour party and the creation of the Atlantic Pact; Labour and the movement for European unity; the German question; the Korean War; personalities; conclusions. Part 3 The opposition years, 1951-1964: German rearmament; Labour and the Suez crisis; nuclear weapons; the move towards Europe; the Polaris decision; personalities; conclusions. Part 4: Labour dominance and decline, 1964-1979: Labour's victory in 1964; Wilson's priorities and style; nuclear sharing; British nuclear policy under Labour; the war in Vietnam; the non-proliferation treaty negotiations; consequences of economic decline; "East of Suez"; Labour and Europe; co-operation and conflict in Anglo-American relations; personalities; conclusions. Part 5 Labour's eclipse, 1979-1992: the 1979 general election; the Labour left takes over; Labour's 1983 general election defeat; the early Kinnock years; the 1987 general election; Europe and changing trans-Atlantic relations; the end of the Cold War; the 1992 general election; personalities; conclusions. Part 6 Labour's regeneration and victory, 1992-1997: Labour under John Smith; Tony Blair takes over as Labour leader; the "Blair effect" and the 1997 general election; conclusions.
Les mer
Peter M Jones is Lecturer in Politics s at the University of Reading and has extensive experience teaching as a visiting professor in the USA. He has edited the International Yearbook of Foreign Policy Analysis, co-authored British Foreign Secretaries Since 1945 and British Public Attitudes Towards Nuclear Defence plus many articles and chapters in collected works.
Les mer
Nettpris:
1.397,-
Levering 3-20 dager 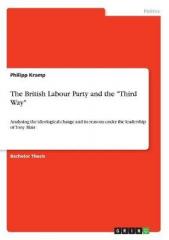 British Labour Party and the Third Way Analysing the ideological change and its reasons under the leadership of Tony Blair
Kramp, Philipp
Heftet / 2010 / Engelsk
420,- 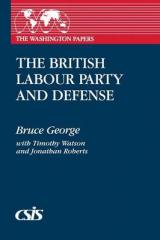 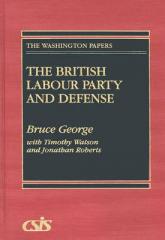 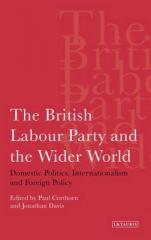