America in the Sixties--Right, Left, and Center A Documentary History

America in the Sixties--Right, Left, and Center A Documentary History

Levy, Peter B.
Heftet / 1998 / Engelsk
Unlike other works, America in the Sixties looks at the era from the perspective of new leftists, liberals, and conservatives, providing readers with the opportunity to see this seminal decade more fully and richly than they could before. It includes the manifestos of both the Students for a Democratic Society and the Young Americans for Freedom, the most prominent radical and conservative student groups of that era, as well as the words of prominent liberals and moderate Republicans, such as Hubert Humphrey and Dwight D. Eisenhower. In addition to selections by the well-known individuals of that era, such as Jerry Rubin and Tom Hayden, it contains pieces by figures often associated with other times, like the Reverend Billy Graham, Ronald Reagan, and Strom Thurmond. Seeking to immerse readers in the decade's key issues in a balanced manner, it includes President Johnson's, General William Westmoreland's, and the AFL-CIO's defense of the Vietnam War as well as Dr. Benjamin Spock's and Paul Potter's criticism of it.The book covers the civil rights movement, Vietnam, the counterculture, and the women's movement. It looks at some of the 1960's most memorable moments, from the Cuban missile crisis and President Kennedy's assassination to the moon landing and the New York Mets' World Series victory in 1969. A statistical appendix, with data on the economy, the cost of consumer goods, trends in popular culture, and important legal developments, complements the documents.
Les mer
This study looks at America in the 60s from the perspective of the new leftists, liberals, and conservatives. The author addresses the civil rights movement, Vietnam, and the women's movement, as well as some of the memorable events including the Cuban missile crisis and the moon landing.
Les mer
Introduction The 1950s: Happy Days and Their Discontents The End of American Innocence The Black Freedom Struggle The Great Society and Its Critics Vietnam American Culture at a Crossroads Women's Liberation and Other Movements Can the Center Hold? Looking Backward Appendix: The 1960s: A Statistical Profile Suggested Reading Index
Les mer
The only documentary history of the 1960s to look at the era from the perspective of new leftists, liberals, and conservatives.
PETER B. LEVY is Associate Professor of History and Political Science at York College, Pennsylvania. He is the editor of A Documentary History of the Modern Civil Rights Movement (1992), 100 Key Documents in American Democracy (1994), Encyclopedia of the Reagan-Bush Years (1996), and The Civil Rights Movement (1998), all from Greenwood.
Les mer
Nettpris:
485,-
Levering 3-20 dager 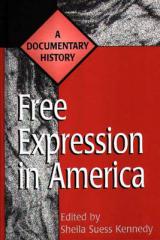 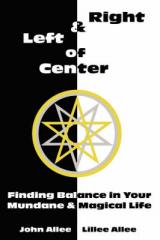 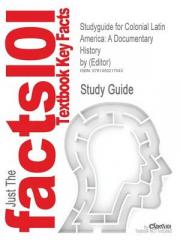