Lowi, Theodore J. Ginsberg, Benjamin Shepsle, Kenneth A. Ansolabehere, Stephen Se alle
Heftet / 2018 / Engelsk
Thoroughly updated based on recent scholarship and current events, American Government: Power and Purpose remains the gold standard for teaching a political scientific perspective on American government. Thorough analysis of the 2018 midterm elections and the first years of the Trump presidency make this revision more current and authoritative than ever.
Les mer
Authoritative. Analytical. Contemporary.
Theodore J. Lowi has been John L. Senior Professor of American Institutions at Cornell University since 1972. He was elected President of the American Political Science Association in 1990 and was cited as the political scientist who made the most significant contribution to the field during the decade of the 1970s. Among his numerous books are The End of Liberalism and The Pursuit of Justice, on which he collaborated with Robert F. Kennedy. Benjamin Ginsberg is the David Bernstein Professor of Political Science and Chair of the Center for Advanced Governmental Studies at the Johns Hopkins University. He is the author or coauthor of 25 books, including Presidential Power: Unchecked and Unbalanced; Downsizing Democracy: How America Sidelined Its Citizens and Privatized Its Public; Politics by Other Means; The Consequences of Consent; The Worth of War; and The Captive Public. Ginsberg received his PhD from the University of Chicago in 1973. Before joining the Hopkins faculty in 1992, Ginsberg was Professor of Government at Cornell. His most recent books are The Fall of the Faculty: The Rise of the All-Administrative University and Why It Matters; What the Government Thinks of the People; and Analytics, Policy and Governance. Kenneth A. Shepsle is the George D. Markham Professor of Government and founding member of the Institute for Quantitative Social Science at Harvard University. He is the author or coauthor of several books, including Politics in Plural Societies: A Theory of Democratic Instability; The Giant Jigsaw Puzzle: Democratic Committee Assignments in the Modern House; Models of Multiparty Electoral Competition; Making and Breaking Governments; and Analyzing Politics: Rationality, Behavior, and Institutions. He has been a member of the National Academy of Sciences and the American Academy of Arts and Sciences since 1990, and he is the recipient of fellowships by the Hoover Institution, John Simon Guggenheim Memorial Foundation, and Center for Advanced Study in the Behavioral Sciences. Stephen Ansolabehere is Professor of Government at Harvard University. He is the coauthor of The Media Game and Going Negative: How Political Advertising Alienates and Polarizes the American Electorate, which was awarded the Goldsmith Book Prize. His articles have appeared in The American Political Science Review, The Journal of Politics, Legislative Studies Quarterly, and Public Opinion Quarterly. He has been awarded fellowships by the Carnegie Corporation Fellowship and the Hoover Institution. He served as a codirector of the CalTech/MIT Voting Project, established in the wake of the 2000 presidential election to evaluate the current state of the reliability and uniformity of U.S. voting systems and to propose uniform guidelines and requirements for reliable voting and performance.
Les mer
Nettpris:
974,-
På lager, sendes nå 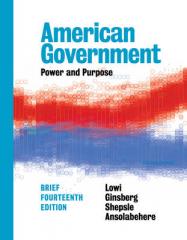 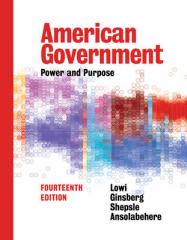 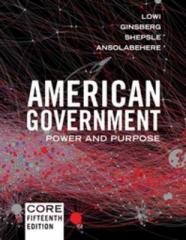 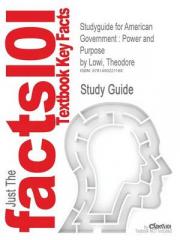