Breed, Michael D. Moore, Janice
Heftet / 2015 / Engelsk
Animal Behavior, Second Edition, covers the broad sweep of animal behavior from its neurological underpinnings to the importance of behavior in conservation. The authors, Michael Breed and Janice Moore, bring almost 60 years of combined experience as university professors to this textbook, much of that teaching animal behavior. An entire chapter is devoted to the vibrant new field of behavior and conservation, including topics such as social behavior and the relationship between parasites, pathogens, and behavior. Thoughtful coverage has also been given to foraging behavior, mating and parenting behavior, anti-predator behavior, and learning. This text addresses the physiological foundations of behavior in a way that is both accessible and inviting, with each chapter beginning with learning objectives and ending with thought-provoking questions. Additionally, special terms and definitions are highlighted throughout. Animal Behavior provides a rich resource for students (and professors) from a wide range of life science disciplines.
Les mer
Animal Behavior, Second Edition 1 Of Cockroaches and Wolves: Framing Animal Behavior 2 Neurobiology and Endocrinology for Animal Behaviorists 3 Behavioral Genetics 4 Homeostasis and Time Budgets 5 Learning 6 Cognition 7 Communication 8 Movement: Search, Navigation, Migration, and Dispersal 9 Foraging 10 Self-Defense 11 Mating Systems 12 Nesting, Parenting, and Territoriality 13 Social Behavior, Cooperation, and Kinship 14 Comparative Social Behavior 15 Conservation and Behavior
Les mer
"an excellent resource for veterinarians with an interest in behavior or veterinary behaviorists who want to gain perspectives on animal behavior that they may not have acquired during their veterinary curriculum." --JAVMA
Les mer
Authors who combine almost 60 years of experience, cover the broad sweep of animal behavior from its neurological basis to the importance of behavior in conservation
After receiving his PhD from the University of Kansas in 1977, Dr. Breed began work as a faculty member at the University of Colorado, Boulder and taught as a Professor in the Department of Ecology and Evolutionary Biology until his retirement in 2019. He taught courses in general biology, animal behavior, insect biology, and tropical biology. His research program focused on the behavior and ecology of social insects, and he worked on ants, bees, and wasps. He studied many aspects of social behavior, including nestmate recognition, division of labor, the genetics of colony defense, the behavior of defensive bees, and communication during colony defense. Dr. Breed was the Executive Editor of the scientific journals Animal Behaviour from 2006-2009 and Insectes Sociaux from 2014-2018. As an undergraduate, I was inspired by parasitologist Clark P. Read to think about the ecology and evolution of parasites in new ways. I was especially excited to learn that parasites affected animal behavior, another favorite subject area. Most biologists outside the world of parasitology were not interested in parasites; they were relegated to a nether world someplace between the biology of free-living organisms and medicine. After peregrination through more than one graduate program, I completed my PhD studying parasites and behavior at the University of New Mexico. I did postdoctoral work on parasite community ecology with Dan Simberloff at Florida State University, and then accepted a faculty position at Colorado State University, where I have remained since 1983. I am currently a Professor in the Department of Biology where I teach courses in invertebrate zoology, animal behavior, and history of medicine. I study a variety of aspects of parasite ecology and host behavior ranging from behavioral fever and transmission behavior to the ecology of introduced parasite species.
Les mer
Nettpris:
713,-
Levering 3-20 dager 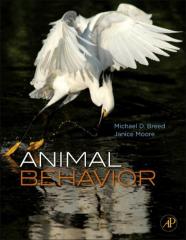 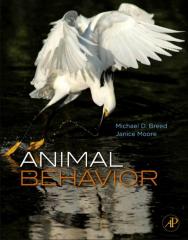 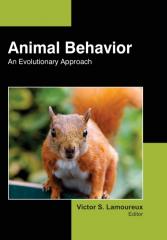