Denison, Rayna
Heftet / 2015 / Engelsk
Anime: A Critical Introduction maps the genres that have thrived within Japanese animation culture, and shows how a wide range of commentators have made sense of anime through discussions of its generic landscape. From the battling robots that define the mecha genre through to Studio Ghibli's dominant genre-brand of plucky shojo (young girl) characters, this book charts the rise of anime as a globally significant category of animation. It further thinks through the differences between anime's local and global genres: from the less-considered niches like nichijo-kei (everyday style anime) through to the global popularity of science fiction anime, this book tackles the tensions between the markets and audiences for anime texts. Anime is consequently understood in this book as a complex cultural phenomenon: not simply a "genre," but as an always shifting and changing set of texts. Its inherent changeability makes anime an ideal contender for global dissemination, as it can be easily re-edited, translated and then newly understood as it moves through the world's animation markets. As such, Anime: A Critical Introduction explores anime through a range of debates that have emerged around its key film texts, through discussions of animation and violence, through debates about the cyborg and through the differences between local and global understandings of anime products. Anime: A Critical Introduction uses these debates to frame a different kind of understanding of anime, one rooted in contexts, rather than just texts. In this way, Anime: A Critical Introduction works to create a space in which we can rethink the meanings of anime as it travels around the world.
Les mer
"From mecha robots to shojo anime's hearts and flowers, Anime: A Critical Introduction investigates the wild, wonderful and often misunderstood worlds of Japan's animation genres"--
Introduction Chapter 1: Approaching Anime: Genre and Subgenres Chapter 2: Sci Fi Anime: Cyberpunk to Steampunk Chapter 3: Anime's Bodies Chapter 4: Early Anime Histories: Japan and America Chapter 5: Anime, Video and the Shojo and Shonen Genres Chapter 6: Post-Video Anime: Digital Media and the Revelation of Anime's Hidden Genres Chapter 7: Ghibli Genre: Toshio Suzuki and Studio Ghibli's Brand Identity Chapter 8: Experiencing Japan's Anime: Genres at the Tokyo International Anime Fair Chapter 9: Anime Horror and Genrification Index
Les mer
A brilliant encapsulation of the vast range of anime, from its history to the digital era. For anyone wondering what all the fuss is about this is the place to begin, and for those already turned on to the wonders of the form this will point you in new directions for both viewing and study. * David Desser, Professor Emeritus of Cinema Studies, University of Illinois at Urbana-Champaign, USA *In this lively and readable book, Rayna Denison frames Japanese animation in relation to local and transnational genres from science fiction through to horror. This is, quite simply, the best scholarly introduction to anime that I have read. * Iain Robert Smith, Senior Lecturer in Film, University of Roehampton, UK *In the complicated world of anime studies, where definitions clash over anime's relation to culture, technology, and media, Rayna Denison clears up the field by focusing on the field itself, skillfully using concepts from genre studies to reveal how anime has been constructed in history through the discourse of fans, critics, and producers not only through genres such as science fiction and horror, but as a fascinating and flexible genre itself. * Aaron Gerow, Professor of Film and Media Studies and East Asian Languages and Literatures, Yale University, USA *This slender volume packs an interesting punch: it looks at the very concept of anime itself, outlining both its history within Japan and how it has been received and perceived in the USA and the UK. Written with admirable clarity, it examines some key examples in order to illustrate the complexity of the genres that get included under the umbrella term anime. Anime: A Critical Introduction has all the hallmarks of a teaching classic-one for all of us to add to our reading lists whether in Japanese Studies or Film and Cultural Studies. * Dolores Martinez, Emeritus Reader in Anthropology and Associate Member of the Centre for Media and Film Studies, School of Oriental and African Studies, University of London, UK, and Research Associate, ISCA, Oxford University, USA *
Les mer
From mecha robots to shojo anime's hearts and flowers, Anime: A Critical Introduction investigates the wild, wonderful and often misunderstood worlds of Japan's animation genres.
Rayna Denison is Lecturer in Media Studies at the University of East Anglia, UK, specializing in Japanese and Asian film and television cultures. After reading Japanese Studies at Oxford University, Rayna completed and MA and PhD in Film Studies at the University of Nottingham. She has recently completed a UK Research Council-funded project on the links between manga and filmmaking in contemporary Japan, and her publications include a range of articles in journals like Animation, the International Journal of Cultural Studies and Japan Forum.
Les mer
Nettpris:
406,-
Levering 3-20 dager 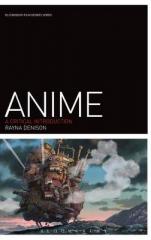 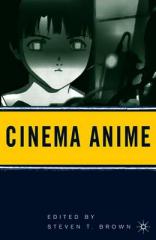 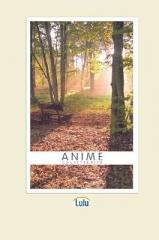 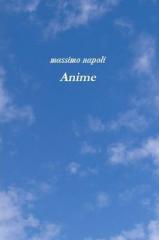