Biermann, Frank Loevbrand, Eva
Heftet / 2019 / Engelsk
Coined barely two decades ago, the Anthropocene has become one of the most influential and controversial terms in environmental policy. Yet it remains an ambivalent and contested formulation, giving rise to a multitude of unexpected, and often uncomfortable, conversations. This book traces in detail a broad variety of such 'Anthropocene encounters': in science, philosophy and literary fiction. It asks what it means to 'think green' in a time when nature no longer offers a stable backdrop to political analysis. Do familiar political categories and concepts, such as democracy, justice, power and time, hold when confronted with a world radically transformed by humans? The book responds by inviting more radical political thought, plural forms of engagement, and extended ethical commitments, making it a fascinating and timely volume for graduate students and researchers working in earth system governance, environmental politics and studies of the Anthropocene. This is one of a series of publications associated with the Earth System Governance Project. For more publications, see www.cambridge.org/earth-system-governance.
Les mer
This timely book explores the significance of the Anthropocene for environmental politics, analysing established political concepts in view of contemporary environmental challenges. Asking whether politics can continue as usual, given the profound transformations to our planet, this is a fascinating book for researchers and graduate students.
Les mer
List of figures; List of contributors; Acknowledgements; 1. Encountering the 'Anthropocene': setting the scene Frank Biermann and Eva Loevbrand; Part I. The Conceptual Politics of the Anthropocene: Science, Philosophy, and Culture: 2. The 'Anthropocene' in global change science: expertise, the Earth, and the future of humanity Noel Castree; 3. The 'Anthropocene' in philosophy: the neo-material Turn and the question of nature Manuel Arias-Maldonado; 4. The 'Anthropocene' in popular culture: narrating human agency, force and our place on Earth Alexandra Nikoleris, Johannes Stripple and Paul Tenngart; Part II. Key Concepts and the Anthropocene: A Reconsideration: 5. Power, world politics and thing-systems in the Anthropocene Anthony Burke and Stefanie Fishel; 6. Time and politics in the Anthropocene: to fast, too slow? Victor Galaz; 7. Democracy in the Anthropocene Aysem Mert; 8. Global justice and the Anthropocene: reproducing a development story Jeremy Baskin; Part III. The Practices of Political Study in the Anthropocene: 9. The 'Good Anthropocene' and green political theory: rethinking environmentalism, resisting ecomodernism Anne Fremaux and John Barry; 10. Co-producing knowledge and politics of the Anthropocene: the case of the future Earth program Silke Beck; 11. The ethics of political research in the Anthropocene Paul Wapner; 12. Epilogue: continuity and change in the Anthropocene James Meadowcroft; Index.
Les mer
'... by discussing how the Anthropocene relates to contemporary political concepts such as democracy, power, and time, this collection opens up to multifaceted trajectories taking into consideration pluralist and critical perspectives.' L. A. Reisch and F. C. Doebbe, Journal of Consumer Policy
Les mer
Explores the significance of the Anthropocene for environmental politics, analysing political concepts in view of contemporary environmental challenges.
Frank Biermann is Research Professor of Global Sustainability Governance with the Copernicus Institute of Sustainable Development, Universiteit Utrecht, The Netherlands. He is the founding Chair of the Earth System Governance Project, a global transdisciplinary research network launched in 2009; and Editor-in-Chief of the new peer-reviewed journal of Earth System Governance. In April 2018, he won a European Research Council Advanced Grant for a research program on the steering effects of the Sustainable Development Goals. Eva Loevbrand is Associate Professor in Environmental Change at the Department of Thematic Studies and is also affiliated with the Centre for Climate Science and Policy Research, both at Linkoepings Universitet, Sweden. Much of her work focuses on the ideas, knowledge claims and expert practices that inform and legitimise global environmental politics and governance. Since 2015 she has been the Co-Convenor of the Earth System Governance Project's taskforce on the Anthropocene together with Frank Biermann.
Les mer
Nettpris:
470,-
Levering 3-20 dager 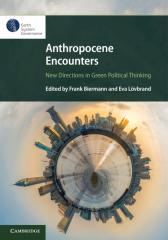 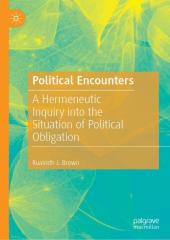 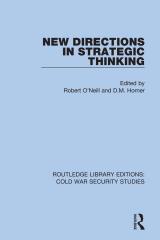 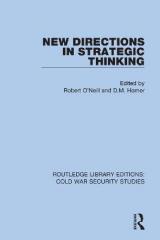