Clarke, Nicholas Fisher, Roger
Heftet / 2014 / Engelsk
This guide is a celebration of the works of professional architects in three South African metropolitan centres, namely Cape Town, Durban and the Johannesburg/Pretoria Axis. The content ranges from the early years of European settlement, where architects were trained by the military schools of engineering, through the period of apprenticeship either to a recognised practicing architect or in public works, to the twentieth century and beyond, where architects were regulated as professionals by legislation, as was their education. The projects selected are all secular, being either in the public domain or eye, and therefore readily accessible. This guide is structured along main themes, each historically located. Each episode or project type featured is highlighted by a representative from each metropolitan centre, each being discussed in broader detail alongside similar contemporaneous local examples. In total the guide features over a hundred-and-fifty projects with all salient information as to their dates of construction, designers and locality (by way of QR codes).
Les mer
* Nicholas Clarke, professional architect, lecturer and heritage practitioner, has lectured in the history of architecture, with focus on South Africa, since joining the staff at the University of Pretoria in 2007. He completed an MPhil degree at Magdalene College, Cambridge, in 2004 and is, at the time of going to press, completing a doctoral thesis at the Technical University, Delft. He is actively involved in heritage management and documentation in South Africa as well as on the World Heritage stage. * Roger Fisher, Emeritus Professor of the Department of Architecture, University of Pretoria, is an architectural writer and critic. He has served as an assessor and scribe on many of the regional and national architecture awards panels in South Africa. In 2010 he was the recipient of the Writers and Critics Award from the South African Institute of Architects and in 2013 of the Heritage South Africa Gold Medal. He contributes to the website artefacts. co. za, an ongoing documentation of all aspects of the South African built environment.
Les mer
Nettpris:
406,-
Levering 3-20 dager 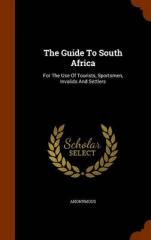 Guide to South Africa For the Use of Tourists, Sportsmen, Invalids and Settlers
Anonymous
Innbundet / 2015 / Engelsk
408,- 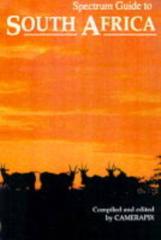