Art And The Committed Eye

Art And The Committed Eye

Leppert, Richard
Digital bok / 2018 / Engelsk
In Art and the Committed Eye Richard Leppert examines Western European and American art from the fifteenth to the twentieth century. He studies the complex relation between the "look" of images and the variety of social and cultural uses to which they are put and demonstrates that the meaning of any image is significantly determined by its function, which changes over time. In particular, he emphasizes the ways in which visual culture is called on to mediate social differences defined by gender, class, and race. In , Leppert addresses the nature and task of representation, discussing how meaning accrues to images and what role vision and visuality play in the history of modernity. Here he explains imagery's power to attract our gaze by triggering desire and focuses on the long history of the use of representation to enact a deception, whether in painting or advertising. explores art's relation to the material world, to the ways in which images mark our various physical and psychic ties to objects. The author analyzes still life paintings whose subject matter is both extraordinarily diverse and deeply paradoxical—from flower bouquets to grotesque formal arrangements of human body parts. Leppert demonstrates that even in "innocent" still lifes, formal design and technical execution are imbued with cultural conflict and social power. is devoted to the representation of the human body—as subject to obsessive gazing and as an object of display, spectacle, and transgression. The variety of body representation is enormous: pleased or tortured, gorgeous or monstrous, modest or lascivious, powerful or weak, in the bloom of life or under the anatomist's knife, clothed or naked. But it is the sexual body, Leppert shows, that has provided the West with its richest, most complex, contradictory, conflicted, and paradoxical accounts of human identity in relation to social ideals.
Les mer
Nettpris:
150,- 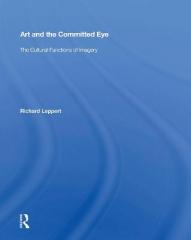 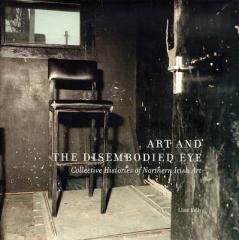 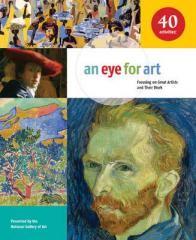 Eye for Art Focusing on Great Artists and Their Work
National Gallery of Art
Heftet / 2013 / Engelsk
425,- 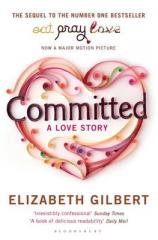