Astell, Mary Springborg, Patricia
Heftet / 1996 / Engelsk
The writings of the High Church Tory pamphleteer Mary Astell (1666-1731) are a remarkable and underestimated contribution to the constitutional debates which ushered in the modern liberal democratic state. An interlocutor with Swift and Defoe, Astell was perhaps the first systematic critic of Locke's writings, something which has been overlooked in the considerable literature evaluating the reception of Locke's Two Treatises on Government. Astell's political pamphlets Reflections upon Marriage, A Fair Way with Dissenters, and An Impartial Enquiry into the Origins of Rebellion ran to five editions in her lifetime, but have never been reprinted in their entirety. This new edition makes accessible the major works of a fine English stylist and important political theorist.
Les mer
The writings of Mary Astell (1666-1731) are a remarkable contribution to the constitutional debates of the time. Astell's political pamphlets have never been reprinted in their entirety. This new edition makes accessible three major works by an important political theorist.
Les mer
Introduction; Chronology; Bibliographical essay; 1. Reflections upon Marriage; 2. A Fair Way with Dissenters and their Patrons; 3. An Impartial Enquiry into the Causes of Rebellion; notes; Index.
First modern edition of three works by an important female political theorist.
Patricia Springborg received her first degrees in Political Science from the University of Canterbury, New Zealand and her doctorate from Oxford University. She has taught political science in New Zealand, and as a visiting professor at the University of Pennsylvania and the University of California, Berkeley, and held a personal chair in Political Theory in the Department of Government at the University of Sydney before being appointed professor ordinario in the School of Economics of the Free University, Bolzano. Elected to the Australian Academy of the Social Sciences in 1999, she has been a stipendiary fellow at the Woodrow Wilson Centre for International Scholars in Washington DC, the Wissenschaftskolleg zu Berlin and the Swedish Collegium for Advanced Study in Uppsala, was a Senior Visiting Research Fellow at St John's College, Oxford, and was the recipient of a John D. and Catherine T. MacArthur Award in International Peace and Security, taken up at the Brookings Institution, Washington, DC. As a political theorist she works across a wide field, from political economy (The Problem of Human Needs, 1981), to theory of the state (Royal Persons, 1990), Orientalism (Western Republicanism and the Oriental Prince, Cambridge University Press, 1992), and the history of political thought. She is editor of The Cambridge Companion to Hobbes's Leviathan (Cambridge University Press, 2007), and co-editor of the first English translation and critical edition of Thomas Hobbes's long Latin poem 'Historia Ecclesiastica'. She has published articles in journals such as The American Political Science Review, Political Theory, Political Studies, the Journal for the History of Political Thought and the British Journal for the History of Philosophy.
Les mer
Nettpris:
367,-
Levering 3-20 dager 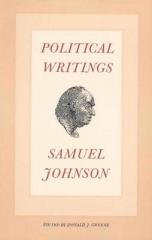 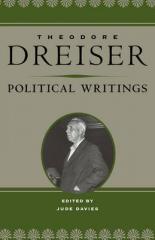 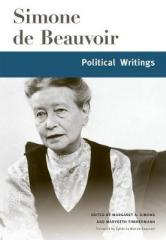