Asylum Inside the Closed World of State Mental Hospitals

Asylum Inside the Closed World of State Mental Hospitals

Payne, Christopher
Innbundet / 2009 / Engelsk
Powerful photographs of the grand exteriors and crumbling interiors of America's abandoned state mental hospitals.For more than half the nation's history, vast mental hospitals were a prominent feature of the American landscape. From the mid-nineteenth century to the early twentieth, over 250 institutions for the insane were built throughout the United States; by 1948, they housed more than a half million patients. The blueprint for these hospitals was set by Pennsylvania hospital superintendant Thomas Story Kirkbride: a central administration building flanked symmetrically by pavilions and surrounded by lavish grounds with pastoral vistas. Kirkbride and others believed that well-designed buildings and grounds, a peaceful environment, a regimen of fresh air, and places for work, exercise, and cultural activities would heal mental illness. But in the second half of the twentieth century, after the introduction of psychotropic drugs and policy shifts toward community-based care, patient populations declined dramatically, leaving many of these beautiful, massive buildings-and the patients who lived in them-neglected and abandoned. Architect and photographer Christopher Payne spent six years documenting the decay of state mental hospitals like these, visiting seventy institutions in thirty states. Through his lens we see splendid, palatial exteriors (some designed by such prominent architects as H. H. Richardson and Samuel Sloan) and crumbling interiors-chairs stacked against walls with peeling paint in a grand hallway; brightly colored toothbrushes still hanging on a rack; stacks of suitcases, never packed for the trip home. Accompanying Payne's striking and powerful photographs is an essay by Oliver Sacks (who described his own experience working at a state mental hospital in his book Awakenings). Sacks pays tribute to Payne's photographs and to the lives once lived in these places, "where one could be both mad and safe."
Les mer
Powerful photographs of the grand exteriors and crumbling interiors of America's abandoned state mental hospitals.
The book will appeal to historians or scholars of material culture as well as to the medical personnel, photography lovers, and citizens familiar with the lore and lure of asylums.-Jane Simonsen, The Annals of IowaAstoundingly beautiful work on a subject that rarely gets the attention.-Aaron Britt, DwellBeautifully researched, exquisitely photographed and expertly composed and edited...Extraordinary.-Frieze...Asylum is of enormous value, as a record of how such places looked in their final years. More than that, and despite its dismal subject matter, it makes for a remarkable and endlessly fascinating book, one that can be recommended with enthusiasm to both the architectural historian and the general reader.-Times Literary Supplement
Les mer
Asylum: Inside the Closed World of State Mental Hospitals contains sadly beautiful photographs by Christopher Payne and a masterful essay by Oliver Sacks that reminds us that state hospitals were not always places of neglect and abuse but also of true asylum -- of refuge from the stresses of life. The book presents us with a world of abandoned buildings, forgotten ashes, and derailed futures. It packs a powerful punch. -- Elyn R. Saks, author of The Center Cannot Hold: My Journey Through Madness, and Professor, USC Law School Asylum is a haunting, beautiful book of lost dreams and lost minds. It is a reminder that society's ideals deteriorate more rapidly than the structures built to facilitate them. Asylums for the insane, which started with high intentions, usually ended in horror and neglect. Oliver Sacks has written a deeply moving elegy for the lives of those who lived, and often died at these asylums and Christopher Payne has captured the soul of the asylums themselves through his extraordinary photographs. I cannot imagine forgetting this book: it has evoked sadness, awe, and shame. -- Kay Redfield Jamison, Professor of Psychiatry, Johns Hopkins School of Medicine and author of An Unquiet Mind Christopher Payne's photographs perfectly match his subjects: they are strong, yet understated and dignified -- a fitting tribute to the talented architects who built these asylums and the troubled people they sheltered. It's impossible to look at this wonderful book without imagining the people who lived in these formidable structures, and wondering about their lives and what happened to them. -- Henry Horenstein, photographer
Les mer
Christopher Payne is a photographer and practicing architect in New York City and the author of New York's Forgotten Substations: The Power Behind the Subway. The late Oliver Sacks was a neurologist and the author of The Man Who Mistook His Wife for a Hat, Awakenings, Musicophilia, and other books.
Les mer
Nettpris:
661,-
Levering 3-20 dager 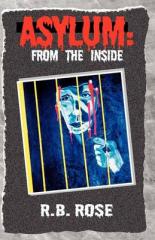 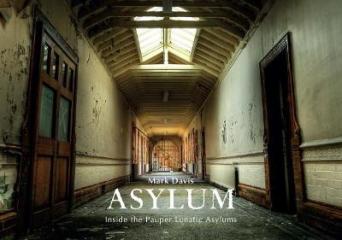 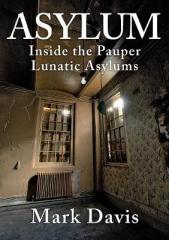 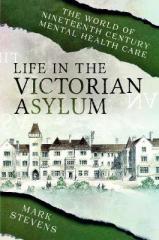