Dukalskis, Alexander
Heftet / 2018 / Engelsk
Authoritarian regimes craft and disseminate reasons, stories, and explanations for why they are entitled to rule. To shield those legitimating messages from criticism, authoritarian regimes also censor information that they find threatening. While committed opponents of the regime may be violently repressed, this book is about how the authoritarian state keeps the majority of its people quiescent by manipulating the ways in which they talk and think about political processes, the authorities, and political alternatives. Using North Korea, Burma (Myanmar) and China as case studies, this book explains how the authoritarian public sphere shapes political discourse in each context. It also examines three domains of potential subversion of legitimating messages: the shadow markets of North Korea, networks of independent journalists in Burma, and the online sphere in China. In addition to making a theoretical contribution to the study of authoritarianism, the book draws upon unique empirical data from fieldwork conducted in the region, including interviews with North Korean defectors in South Korea, Burmese exiles in Thailand, and Burmese in Myanmar who stayed in the country during the military government. When analyzed alongside state-produced media, speeches, and legislation, the material provides a rich understanding of how autocratic legitimation influences everyday discussions about politics in the authoritarian public sphere. Explaining how autocracies manipulate the ways in which their citizens talk and think about politics, this book will be of interest to students and scholars of Asian politics, comparative politics and authoritarian regimes.
Les mer
1.Introduction: Legitimation & Authoritarianism 2. The Authoritarian Public Sphere: 'We Always Had Complaints But Only in Our Minds' 3. Authoritarian Power & Legitimating Messages: A Framework for Analysis 4. Manipulating the Public Sphere in North Korea, Burma/Myanmar, and China 5. Unsettling an Authoritarian Public Sphere? Shadow Markets, Independent Journalism, and the Internet 6. Beyond Post-Cold War Asia: Explorations in the Authoritarian Public Sphere 7. Conclusion: The Authoritarian Public Sphere and Contemporary Autocracies
Les mer
"A timely and important contribution to our understanding of how authoritarian regimes interact with and shape public opinion, The Authoritarian Public Sphere is of interest not only to scholars, but to anyone concerned with the persistence of autocracy in our times." Charles Armstrong, Columbia University, USA "Subversive ideas can destabilize nondemocratic regimes. For this reason, all students of autocracies need to understand how the authoritarian public sphere is managed and how anti-regime ideas can still circulate despite strict controls. By analyzing the operation of the authoritarian public sphere in North Korea, Myanmar, and China, Alexander Dukalskis' important new book provides valuable insight on the resilience of nondemocratic regimes in Asia and contributes to broader debates in the study of authoritarianism." Martin Dimitrov, Tulane University, USA "If autocrats, all things being equal, dig their own graves by repressing public dissent, all things are rarely equal. Alex Dukalskis presents intriguing evidence of the painstaking efforts made by Asia's most long-standing authoritarian elites to legitimate their rule, as well as of the open and hidden contestations about these claims. Doing so not for isolated cases, but in a comparative perspective, is something many have called for but few have done so far." Heike Holbig, Goethe-Universitat Frankfurt am Main, Germany
Les mer
Alexander Dukalskis is an Assistant Professor at University College Dublin, in the School of Politics and International Relations. His work has been published in journals such as Journal of Peace Research, Democratization, Human Rights Quarterly, International Studies Review, and Europe-Asia Studies.
Les mer
Nettpris:
520,-
Levering 3-20 dager 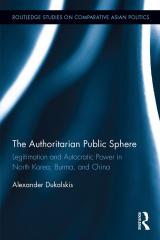 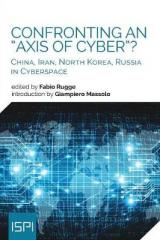