Barry, Peter
Heftet / 2017 / Engelsk
Beginning theory has been helping students navigate through the thickets of literary and cultural theory for over two decades. This new and expanded fourth edition continues to offer readers the best single-volume introduction to the field. The bewildering variety of approaches, theorists and technical language is lucidly and expertly unravelled. Unlike many books which assume certain positions about the critics and the theories they represent, Beginning theory allows readers to develop their own ideas once first principles and concepts have been grasped. The book has been updated for this edition and includes a new introduction, expanded chapters, and an overview of the subject ('Theory after "Theory"') which maps the arrival of new 'isms' since the second edition appeared in 2002 and the third edition in 2009.
Les mer
Preface to the fourth edition Introduction 1 Theory before 'theory' 2 Structuralism 3 Post-structuralism and deconstruction 4 Postmodernism 5 Psychoanalytic criticism 6 Feminist criticism 7 Queer theory 8 Marxist criticism 9 New historicism and cultural materialism 10 Postcolonial criticism 11 Stylistics 12 Narratology 13 Ecocriticism 14 Literary theory - a history in ten events 15 Theory after 'Theory' Appendices Where do we go from here? Further reading Index
Les mer
'There is no other book that offers such a comprehensive account of the field, combined with thoughtful, detailed exposition of the theoretical approaches under discussion. Far from being a modest survey of contemporary literary theory, it has had a vital role in shaping the way that theory is taught in Britain and North America.' English Association Newsletter 'In the fourth edition of his popular introduction to literary theory, Barry (emer., Aberystwyth Univ., Wales) amends and updates earlier versions (1995, 2002, 2009) and adds sections on newer theories such as consilience and posthumanism. The book is written explicitly for students of English literature, and in citing examples Barry tends to stick to the canonical-Wordsworth, Austen, Shakespeare, et al.-which renders the book less useful than it might be for students of other literatures and languages. Nevertheless, Barry's readable text focuses helpfully on putting students at ease and giving them tools to think through difficult concepts and theories. In addition, practical exercises familiarize students new to the discipline with different ways of using theory to analyze literature. Most of the changes to the new edition are insubstantial, and some newer theories and practices, such as those relating to technology, are given short shrift. The majority of the references and suggestions for further reading are also the same as those used in earlier versions. Even so the book provides an approachable, understandable introduction to literary theory and would be useful to those not already in possession of the third edition.' M. Anderson, Southern Oregon University, Choice connect, Vol. 56, No. 2, October 2018 -- .
Les mer
Peter Barry is Emeritus Professor of English at Aberystwyth University
Nettpris:
157,-
Levering 3-20 dager 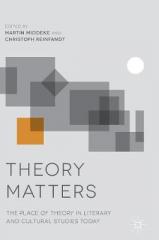 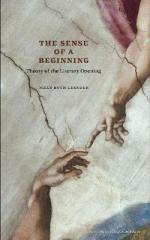 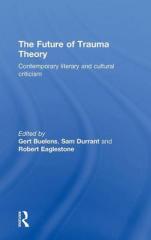 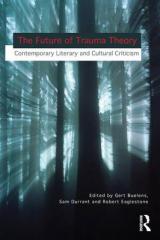