Taylor, Frederick
Heftet / 2009 / Engelsk
The appearance of a hastily-constructed barbed wire entanglement through the heart of Berlin during the night of 12-13 August 1961 was both dramatic and unexpected. Within days, it had started to metamorphose into a structure that would come to symbolise the brutal insanity of the Cold War: the Berlin Wall. A city of almost four million was cut ruthlessly in two, unleashing a potentially catastrophic East-West crisis and plunging the entire world for the first time into the fear of imminent missile-borne apocalypse. This threat would vanish only when the very people the Wall had been built to imprison, breached it on the historic night of 9 November 1989. The Berlin Wall reveals the strange and chilling story of how the initial barrier system was conceived, then systematically extended, adapted and strengthened over almost thirty years. Patrolled by vicious dogs and by guards on shoot-to-kill orders, the Wall, with its more than 300 towers, became a wired and lethally booby-trapped monument to a world torn apart by fiercely antagonistic ideologies. The Wall had tragic consequences in personal and political terms, affecting the lives of Germans and non-Germans alike in a myriad of cruel, inhuman and occasionally absurd ways. The Berlin Wall is the definitive account of a divided city and its people.
Les mer
The astonishing drama of Cold War nuclear poker that divided humanity - reissued with a new preface to commemorate the twentieth anniversary of the fall of the wall.
PRAISE FOR 'DRESDEN' 'In narrative power and persuasion, he has paralleled in Dresden what Antony Beevor achieved in Stalingrad' Independent on Sunday 'Well-researched and unpretentious fascinating Taylor skilfully interweaves various personal accounts of the impact of the raids' Michael Burleigh, Guardian 'Impressive Taylor weaves a chilling narrative from eyewitness accounts and painstaking documentary research, particularly with German sources. He explains the conceptual and strategic background with admirable clarity. His account of the air operation itself is quite superb' The Times
Les mer
There will be huge media interest commemorating the anniversary of the fall of the wall. Dresden sold over 16,000 hardbacks and 35,000 paperbacks
Frederick Taylor was educated at Aylesbury Grammar School, and read History and Modern Languages at Oxford, and did postgraduate work at Sussex University. He is the author of the acclaimed bestseller, Dresden. He edited and translated The Goebbels Diaries. He lives in Cornwall.
Les mer
Nettpris:
237,-
Levering 3-20 dager 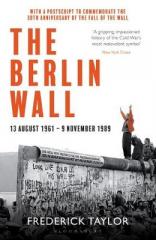 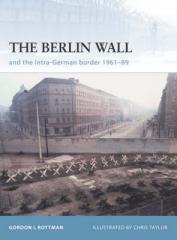 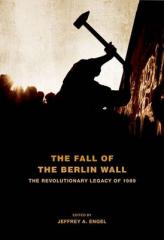 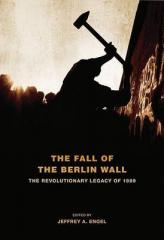