Williamson, Beth
Innbundet / 2015 / Engelsk
The work of mid-twentieth century art theorist Anton Ehrenzweig is explored in this original and timely study. An analysis of the dynamic and invigorating intellectual influences, institutional framework and legacy of his work, Between Art Practice and Psychoanalysis reveals the context within which Ehrenzweig worked, how that influenced him and those artists with whom he worked closely. Beth Williamson looks to the writing of Melanie Klein, Marion Milner, Adrian Stokes and others to elaborate Ehrenzweig's theory of art, a theory that extends beyond the visual arts to music. In this first full-length study on his work, including an inventory of his library, previously unexamined archival material and unseen artworks sit at the heart of a book that examines Ehrenzweig's working relationships with important British artists such as Bridget Riley, Eduardo Paolozzi and other members of the Independent Group in London in the 1950s and 1960s. In Ehrenzweig's second book The Hidden Order of Art (1967) his thinking on Jackson Pollock is important too. It was this book that inspired American artists Robert Smithson and Robert Morris when they deployed his concept of 'dedifferentiation'. Here Williamson offers new readings of process art c. 1970 showing how Ehrenzweig's aesthetic retains relevance beyond the immediate post-war era.
Les mer
Contents: Introduction: Art, death and creativity; Kleinian aesthetics: (devouring) this brutal world; Adrian Stokes and Kleinian art criticism; Marion Milner: dialogues between art and psychoanalysis; Eduardo Paolozzi: a different way of looking; On not being able to teach; Bridget Riley and the dynamics of perception; The Hidden Order of Art; Robert Smithson and Robert Morris: the hidden order of process art; Conclusion: art and creativity; Appendix; Bibliography; Index.
Les mer
'Between Art Practice and Psychoanalysis offers a much-needed introduction to the work of Anton Ehrenzweig. Williamson, who has researched her subject deeply, situates his writing in relation to Melanie Klein, Marion Milner and Adrian Stokes and draws out the importance of his collaborative relationship with the artist, Eduardo Paolozzi. Ehrenzweig's influential book, The Hidden Order of Art, can now be read with far greater understanding, thanks to this excellent study.' Margaret Iversen, University of Essex
Les mer
Beth Williamson is a writer and researcher based in London. From 2009 until 2014 she was a Research Fellow at Tate.
Nettpris:
1.170,-
Levering 3-20 dager 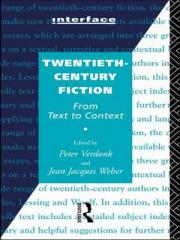 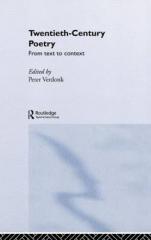