Floreano, Dario Mattiussi, Claudio
Innbundet / 1905 / Engelsk
A comprehensive introduction to new approaches in artificial intelligence and robotics that are inspired by self-organizing biological processes and structures.New approaches to artificial intelligence spring from the idea that intelligence emerges as much from cells, bodies, and societies as it does from evolution, development, and learning. Traditionally, artificial intelligence has been concerned with reproducing the abilities of human brains; newer approaches take inspiration from a wider range of biological structures that that are capable of autonomous self-organization. Examples of these new approaches include evolutionary computation and evolutionary electronics, artificial neural networks, immune systems, biorobotics, and swarm intelligence-to mention only a few. This book offers a comprehensive introduction to the emerging field of biologically inspired artificial intelligence that can be used as an upper-level text or as a reference for researchers. Each chapter presents computational approaches inspired by a different biological system; each begins with background information about the biological system and then proceeds to develop computational models that make use of biological concepts. The chapters cover evolutionary computation and electronics; cellular systems; neural systems, including neuromorphic engineering; developmental systems; immune systems; behavioral systems-including several approaches to robotics, including behavior-based, bio-mimetic, epigenetic, and evolutionary robots; and collective systems, including swarm robotics as well as cooperative and competitive co-evolving systems. Chapters end with a concluding overview and suggested reading.
Les mer
A comprehensive introduction to new approaches in artificial intelligence and robotics that are inspired by self-organizing biological processes and structures.
The vast majority of this book is very accessible, engaging to read and easy to follow. It is definitely a good introduction for anybody interested in biologically inspired artificial intelligence. In summary, Floreano and Mattiussi deliver a great book that I highly recommend.-Ivan Garibay , Genetic Programming and Evolvable Machines
Les mer
Competent, lucid, well-written, Bio-Inspired Artificial Intelligence contains precisely the material you want from a comprehensive textbook, with many highly informative examples from biology, engineering, and computing. This book has the potential to become the new standard in the artificial intelligence field. -- Rolf Pfeifer, Director, Artificial Intelligence Laboratory, University of Zurich Bio-Inspired Artificial Intelligence brings together all the things I've been interested in for the last 25 years, and surprises me by providing a coherent intellectual framework for them all. This book is a treasure trove of history from Darwin to Gibson and Walter, an unambiguous tutorial on how to build a plethora of computational models, and a healthy exploration of the philosophies that have driven wide ranging research agendas. -- Rodney Brooks, Panasonic Professor of Robotics, Department of Electrical Engineering and Computer Science, MIT
Les mer
Dario Floreano is Director of the Laboratory of Intelligent Systems at the Swiss Federal Institute of Technology in Lausanne (EPFL). He is the coauthor of Evolutionary Robotics: The Biology, Intelligence, and Technology of Self-Organizing Machines (MIT Press, 2000). Claudio Mattiussi is an independent researcher. His research interests include computational intelligence, probabilistic engineering, and the consistent numerical formulation of physical field problems.
Les mer
Nettpris:
736,-
Levering 2-6 dager 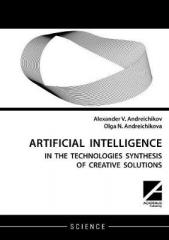 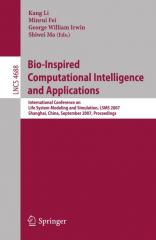 Artificial Intelligence for a Better Future An Ecosystem Perspective on the Ethics of AI and Emerging Digital Technologies
Stahl, Bernd
Heftet / 2021 / Engelsk
406,-
Kjøp 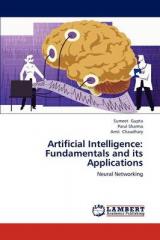