Scahill, Jeremy
Heftet / 2008 / Engelsk
"A triumph of investigative reporting."--Naomi Klein"Of all the insane Bush privatization efforts, none is more frightening than the corporatizing of military combat forces. Jeremy Scahill admirably exposes a devastating example of this sinister scheme."--Michael Moore"Jeremy Scahill's comprehensive research and reporting lifts the veil off the ever-tightening relationship between the federal government and unaccountable private military corporations such as Blackwater USA."--US Representative Jan Schakowsky (D-IL)Meet Blackwater USA, the powerful private army that the US government has made its Praetorian Guard for the global "war on terror." Blackwater has the world's largest private military base, a fleet of twenty aircraft, and twenty thousand contractors at the ready. Run by a multimillionaire Christian conservative who bankrolls President Bush and his allies, its forces are capable of overthrowing governments, and yet most people had never heard of Blackwater until Jeremy Scahill wrote this extraordinary expose.Blackwater has been featured on Real Time with Bill Maher, Fresh Air, The Daily Show with Jon Stewart, PBS, and major network television. The book also received the prestigious George Polk Award in 2008. The hardcover edition has sold more than one hundred thousand copies and has been optioned for a movie by the producers of Capote.Jeremy Scahill is a correspondent for Democracy Now! and a frequent contributor to The Nation. He is a Puffin Foundation Writing Fellow at The Nation Institute and lives in Brooklyn.
Les mer
The New York Times bestseller and scathing expose now in Spanish for the first time.
"Scahill, a regular contributor to the Nation, offers a hard-left perspective on Blackwater USA, the self-described private military contractor and security firm. It owes its existence, he shows, to the post-Cold War drawdown of U.S. armed forces, its prosperity to the post-9/11 overextension of those forces and its notoriety to a growing reputation as a mercenary outfit, willing to break the constraints on military systems responsible to state authority."--Publishers Weekly
Les mer
Nettpris:
259,-
Levering 3-20 dager 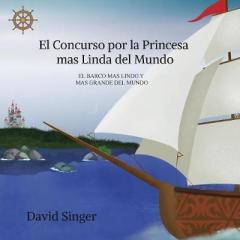