Birch, Alice
Digital bok / 2018 / Engelsk
[ BLANK ] is one of ten new plays commissioned for National Theatre Connections in 2018. This play is a cocommission by Clean Break Theatre Company and National Theatre Connections. As part of her research process, Alice Birch undertook a week’s residency at the former Holloway Women’s Prison. From spending time with the women there, Alice was struck by the impact the criminal justice system had on families and how, often, children are the silent victims of crime. [ BLANK ] isn’t simply a playtext, but a theatrical provocation; a blueprint from which theatre-makers can shape their own narratives and build their own productions. Indeed, no two versions of [ BLANK ] are ever likely to be the same, yet every single production will have an indelible bond with the next. This text contains the script for [ BLANK ] along with imaginative production notes and exercises and a short introduction to the writing process by Alice Birch. Connections is supported by The Mohn Westlake Foundation, The Buffini Chao Foundation, Andrew Lloyd Webber Foundation, Delta Air Lines, Jacqueline and Richard Worswick, Peter Cundill Foundation, Mactaggart Third Fund, The EBM Charitable Trust, Samantha and Richard Campbell-Breeden, The Garvey Family Trust, Susan Miller and Byron Grote, Anthony P. Skyrme, The Derrill Allatt Foundation, Hays Travel Foundation, Faithorn Farrell Timms and supporters of the Connections Appeal. The National Theatre’s Partner for Learning is Bank of America Merrill Lynch. Includes forewords by Bryony Kimmings (Performance Artist) and Joanne Majauskis (Safer Places).
Les mer
Nettpris:
121,- 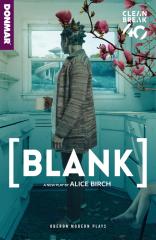 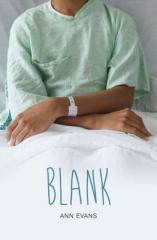