The Book of Saladin

The Book of Saladin

Ali, Tariq
Digital bok / 2018 / Engelsk
“Whether depicting erotically charged harem intrigue or siege warfare, The Book of Saladin is an entertaining feat of revisionist storytelling” —The Sunday Times As victories mount and accolades are showered upon the great warrior Saladin, he is nearly deified. He conquers the infidel Franj, or Crusaders, and reclaims the holy city of Jerusalem while remaining true to his senses of honor, justice, and humor. When it comes time for Saladin to record his own story, he turns to a Jewish scribe. In the interlinking stories of The Book of Saladin, the mighty sultan deftly navigates the deep chasms separating Muslims, Christians, and Jews.
Les mer
Nettpris:
182,- 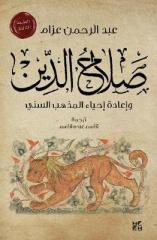 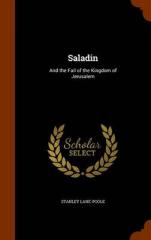 Saladin And the Fall of the Kingdom of Jerusalem
Lane-Poole, Stanley
Innbundet / 2015 / Engelsk
406,- 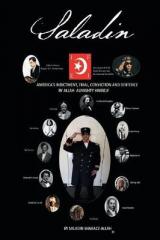