Oakland, John
Heftet / 2019 / Engelsk
Thoroughly updated and revised, the ninth edition of the highly regarded British Civilization: An Introduction continues to be the ideal textbook on Britain, its country and people, religion, politics and government, international relations, legal system, economy, education, media and culture for students of British studies. Examining central structural features of British society, the book provides an introduction to British civilization that highlights its history of cultural, geographical and human diversity. The book includes: Expanded discussion of Britain's current political climate and international relations through an examination of the 2016 Brexit referendum, the subsequent general election and Brexit negotiations up to April 2019Discussion of the ever-shifting economy from a global perspectiveOpinion polls and surveys that provide an insight into the attitudes of British people to the conditions in which they live and operate todayExercises, questions, and suggestions for further reading and useful websites that stimulate class discussion and provide a springboard upon which students can develop their own independent study. Supported by a companion website (www.routledge.com/cw/oakland), a long-ranging chronology, full-colour illustrations, useful figures, exercises and discussion questions, and suggestions for further reading, it is the perfect introduction to the crucial and complex nature of British civilization, culture and society, past and present.
Les mer
List of plates List of figures List of tables Preface and acknowledgements Chronology of significant dates in British history 1 The British context 2 The country 3 The people 4 Religion 5 Politics and government 6 International relations 7 The legal system 8 The economy 9 Social services 10 Education 11 The media 12 Leisure, sports and the arts Index
Les mer
"British Civilization provides the most profound introduction to contemporary Britain ... Oakland presents the most recent information in a very concise and easily accessible writing style. Due to the additional resources, exercises and essay questions the book is perfect for teaching and learning." Isabell Grosse, Leipzig University, Germany "British Civilization: An Introduction is an excellent overview of a number of elements which students will need to know in order to understand British society. It is well-written, concise, and has attractive full-colour pictures and illustrations. It is especially strong on recent developments in British culture." Mark Marston Norris, Grace College, USA
Les mer
John Oakland is former Senior Lecturer in English at the Norwegian University of Science and Technology and the author (with David Mauk) of American Civilization (2017, now in its seventh edition), Irish Civilization (2012, with Arthur Aughey), British Civilization: A Student's Dictionary (2003, in its second edition) and Contemporary Britain (2001).
Les mer
Nettpris:
407,-
Levering 3-20 dager 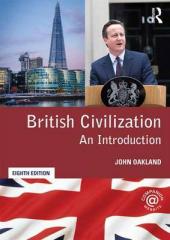 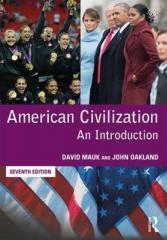 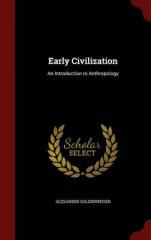 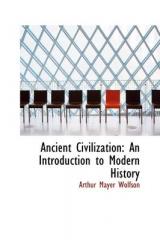