Lewis, Philip Hamid, Sadek
Innbundet / 2018 / Engelsk
Explores how a new generation are redefining what it means to be a Muslim in Britain today. How is the new generation of British Muslims navigating relations across three distinct religious and social worlds? This book looks at how they are balancing expectations from traditional Islam imported from their ancestral homeland, expressions of Islam drawn from across the global Muslim community the Ummah and from Britain itself. Composed of activists, academics, religious scholars and professionals, this generation is drawing on new reformist thinking emerging from outside their parents' or grandparents' ethno-Muslim tradition and is using this to inform their activism. The social change that they are leading as well as the resistance which they encounter is the focus of this book.
Les mer
Explores how a new generation are redefining what it means to be a Muslim in Britain today
"A timely antidote to the, arguably, twisted characterisation and popular perception of British Muslims in circulation." -- Professor Humayn Ansari, Royal Holloway"Considering the light the book throws on the burning issues in British society that directly impact Muslims such as those of Islamophobia, identity, immigration, extremism, terrorism, and integration, it is required reading for anyone - especially journalists, policy makers, and scholars wishing to understand modern British society." -- Akbar Ahmed, American University, Washington, DC, Daily Times of Pakistan"Innovative, informative, and incisive, this book is a must-read for anyone interested in Muslim-Christian relations." -- Simon Valentine, Church Times"If you teach Islam to students, then I think you should definitely buy, read and use this book...Your work will be enriched. Your students will benefit." -- Janet Dyson, REtoday"British Muslims are redefining their role in life as individuals and as a wider community, projecting a positive image that breaks through entrenched views in their own communities, and tackles established Islamophobia in wider British society. Lewis and Sadek's scholarship is a timely commentary on this social change." -- Lisa Kaaki, Arab News (Pakistan Edition)"The authors have pulled no punches in discussing sensitive issues within the context of the 21st century multi-faith Britain... Readers will gain an understanding of how the Muslim community, particularly its younger section, is going through an internal introspection and trying to navigate its way into mainstreaming its presence in Britain." -- Muhammad Abdul Bari, The Muslim Vibe and The Platform"Lewis and Hamid created a substantial work in British Muslims. The book is a necessary addition to the libraries of Muslims seeking to learn about or enhance their knowledge of complex Muslim cultural identities... I highly recommend it." -- Layla Abdullah-Poulos, NBAMuslims
Les mer
Philip Lewis is the author of Young, British and Muslim (2007). Sadek Hamid is a Senior Researcher at the Oxford Centre for Islamic Studies at the University of Oxford. He is the author of Sufis, Salafis and Islamists: The Contested Ground of British Islamic Activism (2016).
Les mer
Nettpris:
1.307,-
Levering 3-20 dager 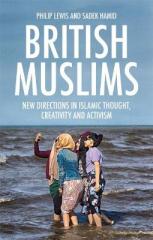 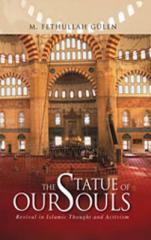 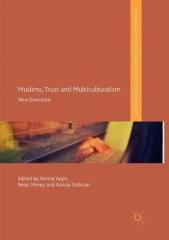 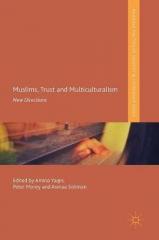