Valea, Ernest M.
Heftet / 2015 / Engelsk
This book is intended to encourage the use of comparative theology in contemporary Buddhist-Christian dialogue as a new approach that would truly respect each religious tradition's uniqueness and make dialogue beneficial for all participants interested in a real theological exchange. As a result of the impasse reached by the current theologies of religions (exclusivism, inclusivism, and pluralism) in formulating a constructive approach in dialogue, this volume assesses the thought of the founding fathers of an academic Buddhist-Christian dialogue in search of clues that would encourage a comparativist approach. These founding fathers are considered to be three important representatives of the Kyoto School - Kitaro Nishida, Keiji Nishitani, and Masao Abe - and John Cobb, an American process theologian. The guiding line for assessing their views of dialogue is the concept of human perfection, as it is expressed by the original traditions in Mahayana Buddhism and Orthodox Christianity. Following Abe's methodology in dialogue, an Orthodox contribution to comparative theology proposes a reciprocal enrichment of traditions, not by syncretistic means, but by providing a better understanding and even correction of one's own tradition when considering it in the light of the other, while using internal resources for making the necessary corrections.
Les mer
An Eastern Orthodox perspective on the dialogue between Buddhism and Christianity, proposing an exchange rooted in comparative theology that enriches both traditions while avoiding syncretism.
Acknowledgments Introduction Part 1: Contemporary Buddhist-Christian Dialogue and the Issue of Doctrinal Presuppositions 1 Buddhist-Christian Dialogue in the Context of the Three Classic Theologies of Religions - Exclusivism, Inclusivism, and Pluralism - and Comparative Theology as a New Approach in Interfaith Dialogue 2 An Examination of Doctrinal Presuppositions in Mahayana Buddhism as a Foundation for Assessing Buddhist-Christian Dialogue: Human Perfection as Buddhahood 3 An Examination of Doctrinal Presuppositions in Orthodox Christianity as a Foundation for Assessing Buddhist-Christian Dialogue: Human Perfection as Deification 4 A Revisiting of Pluralism in Light of the Doctrinal Foundations of Orthodox Christianity and Mahayana Buddhism and Its Impact on Buddhist and Christian Dual Belonging Part 2: A Critical Assessment of the Founding Fathers of Contemporary Buddhist-Christian Dialogue as a Lead towards Comparative Theology 5 Kitaro Nishida (1870-1945): The First Modern Japanese Philosopher Encounters Christianity 6 Keiji Nishitani (1900-1990): Defeating Western Nihilism with the Resources of Zen Buddhism 7 Masao Abe (1915-2006): The Work of a Zen Apostle to the Western World 8 John B. Cobb Jr. (b. 1925): Process Theology as a Resource for Renewing both Buddhism and Christianity 9 Comparative Theology and Buddhist-Christian Dialogue Conclusion Bibliography Index
Les mer
"Ernest Valea has written a book that is remarkably clear, wonderfully perceptive, and enjoyable to read. It is accessible to specialists and the general reader alike. In introducing Romanian Orthodox sources into the current debates in Christian-Buddhist Studies, Valea is extremely original ... [This book] is highly recommended as both a significant contribution to the field and also an extremely clear and stimulating introduction to the state of the discipline." - Paul Williams, Emeritus Professor of Indian and Tibetan Philosophy, Centre for Buddhist Studies, University of Bristol "An interesting addition to the literature on Buddhist-Christian exchange" - Michael Pye, The Eastern Buddhist, Volume 46, No 1, 2015 "There is much to admire in this densely argued book." Michael Barnes SJ, Theology, pp130-131 Arch-April 2017
Les mer
Ernest M. Valea presented this book as his PhD thesis at the University of Wales (2013). He is the author of The Buddha and the Christ: Reciprocal Views (2008).
Nettpris:
330,-
Levering 3-20 dager 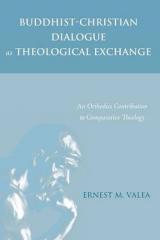 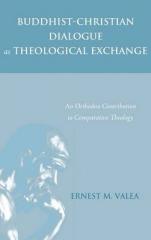 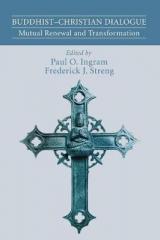 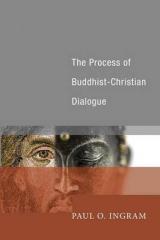