Shilling, Chris
Innbundet / 2008 / Engelsk
Where are we at with studies of Body & Society? What are the key accomplishments in the field? This book provides the clearest and most comprehensive account of work in this area to date. Based on a novel theory of action it surveys the terrain by arguing that human identity, social relationships and moral figurations develop as a result of people living in and seeking to reach beyond the limits of their bodily being. From this starting point the author undertakes a series of studies on sport, transgenderism, migration, illness, survival and belief which illuminate the relationship between bodily change and action. The book provides an unrivalled survey of theory and empirical research and explores the hitherto neglected tradition of American 'body studies'. Wide in scope, systematic and incisive the book represents a landmark addition to the field of studies in body and society.
Les mer
Cutting edge text on the sociology of the body from one of the most popular and respected authors in the field today.
Introduction Embodying Social Action Embodying Social Research Competing Presenting Moving Ailing Surviving Believing Conclusion
In this accessible yet highly informative book Chris Shilling sets out an analytical framework that can help social scientists interpret the body in culture, history and society.... I would recommend this book for any scholar with even a passing interest in the body and body culture. More specifically, it will be a useful resource for researchers, lecturers and final-year or postgraduate students examining the body in fields as seemingly wide as sociology, psychology, philosophy, geography and anthropology... An excellent contribution to body studies... I look forward to seeing Shilling's perceptive ideas progress -- George Bradley Jennings, University of Abertay DundeeConfirms Shilling's status as one of the most innovative and important figures in the study of the body in society in contemporary sociology. For anyone seeking to understand the significance of 'the body' in contemporary culture and how it is both encrypted by and encrypts culture, this book is an essential read... It will help guide scholarship and research agendas for many years to come. -- Sport, Education and SocietyChris Shilling's exciting new work revisits pragmatism to provide an innovative and compelling theoretical orientation for body studies. At a time when sociology of the body has been fragmenting into niche studies of distinctive bodies, Shilling offers a unifying framework that never sacrifices particularity. Changing Bodies should become a core text for all social science studies of the body. -- Professor Arthur W. FrankIn this new book, Chris Shilling once again seeks to redefine the parameters of the sociology of the body. This is essential reading for all those in search of a sophisticated theoretical and methodological basis for the study of embodied action that resists a simplistic 'inverted Cartesianism'. -- Dr Ian Burkitt
Les mer
Chris Shilling is Professor of Sociology in SSPSSR at the University of Kent at Canterbury, UK. Having completed a BA in Politics and an MA in Social and Political Thought at the University of Sussex, he was awarded his PhD in the Sociology of Education at The Open University. Growing increasingly dissatisfied with cognitive conceptions of agency and disembodied theories of social and cultural processes, his research and writing from the late 1980s has sought to contribute to the embodiment of sociology and sociological theory and to promote the interdisciplinary field of 'body studies.' He has lectured widely in Europe and North America, has written on embodiment in relation to a wide range of substantive issues (from religion, archaeology, sport, music and health and illness, to work, survival, technology and consumer culture) and his publicationshave been translated into a number of different languages. Chris Shilling's major books include Changing Bodies: Habit, Crisis and Creativity (Sage, 2008), Embodying Sociology: Retrospect, Progress and Prospects (editor, Blackwells, 2007), The Body in Culture, Technology and Society (Sage, 2005) and, with Philip A. Mellor, The Sociological Ambition (Sage, 2001) and Re-forming the Body. Religion, Community and Modernity (Sage, 1997). He is currently editor of The Sociological Review Monograph Series and is continuing to research and write on embodiment as a foundational grounding for social thought and social research.
Les mer
Nettpris:
1.466,-
Levering 3-20 dager 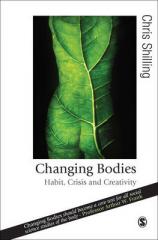 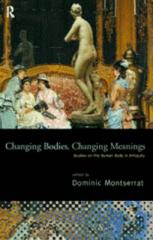 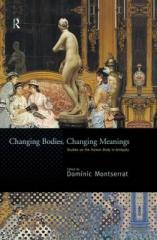 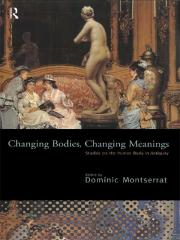