Tollefsen, Torstein
Innbundet / 2008 / Engelsk
St. Maximus the Confessor (580-662), was a major Byzantine thinker, a theologian and philosopher. He developed a philosophical theology in which the doctrine of God, creation, the cosmic order, and salvation is integrated in a unified conception of reality. Christ, the divine Logos, is the centre of the principles (the logoi ) according to which the cosmos is created, and in accordance with which it shall convert to its divine source. Torstein Tollefsen treats Maximus' thought from a philosophical point of view, and discusses similar thought patterns in pagan Neoplatonism. The study focuses on Maximus' doctrine of creation, in which he denies the possibility of eternal coexistence of uncreated divinity and created and limited being. Tollefsen shows that by the logoi God institutes an ordered cosmos in which separate entities of different species are ontologically interrelated, with man as the centre of the created world. The book also investigates Maximus' teaching of God's activities or energies, and shows how participation in these energies is conceived according to the divine principles of the logoi. An extensive discussion of the complex topic of participation is provided.
Les mer
Maximus the Confessor (580-662) was an important Byzantine thinker, the 'father of Byzantine theology'. This study describes his metaphysical world-view. The discussion covers Maximus' doctrine of creation, the Logos and the logoi, the cosmic order, the activities or energies of God, and how created beings may participate in God.
Les mer
1. Introduction ; 2. The divine Ideas and the creation of the Cosmos ; 3. The Logos, the logoi and created beings ; 4. The divine activity ; 5. The concept of participation ; Conclusion ; Bibliography ; Index
Les mer
This eminently thorough monograph provides a fine account of the cosmology of St Maximus, rightly christening it Christocentric yet remaining alive to its Trinitarian dimentions. ... This book does a great service in deepening and expanding our understanding of Maximus' well-known doctrine of the logoi. ... Readers with interests in later Byzantine and Orthodox theology will be fascinated by the presentation of Maximus' teaching on divine essence and energies as being firmly set on a Palamite trajectory. This is a careful and illuminating study of arguably the greatest Byzantine theologian. * Marcus Plested, Journal of Ecclesiastical History *
Les mer
Nettpris:
1.271,-
Levering 3-20 dager 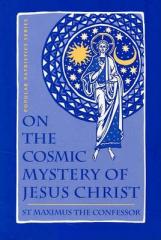 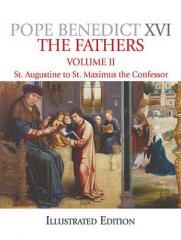