Vitale, Alex S.
Innbundet / 2008 / Engelsk
2009 Association of American University Presses Award for Jacket Design In the 1990s, improving the quality of life became a primary focus and a popular catchphrase of the governments of New York and many other American cities. Faced with high levels of homelessness and other disorders associated with a growing disenfranchised population, then mayor Rudolph Giuliani led New York's zero tolerance campaign against what was perceived to be an increase in disorder that directly threatened social and economic stability. In a traditionally liberal city, the focus had shifted dramatically from improving the lives of the needy to protecting the welfare of the middle and upper classes a decidedly neoconservative move. In City of Disorder, Alex S. Vitale analyzes this drive to restore moral order which resulted in an overhaul of the way New York views such social problems as prostitution, graffiti, homelessness, and panhandling. Through several fascinating case studies of New York neighborhoods and an in-depth look at the dynamics of the NYPD and of the city's administration itself, Vitale explains why Republicans have won the last four New York mayoral elections and what the long-term impact Giuliani's zero tolerance method has been on a city historically known for its liberalism.
Les mer
Discusses New York's zero tolerance campaign against what was perceived to be an increase in disorder that directly threatened social and economic stability
PrefaceAcknowledgments Introduction 1 Conceptualizing the Paradigm Shift 2 De?ning the Quality-of-Life Paradigm 3 De?ning Urban Liberalism 4 The Rise of Disorder 5 Globalization and the Urban Crisis 6 The Transformation of Policing 7 The Community BacklashConclusion Notes Bibliography Index About the Author
Les mer
Vitale presents an important critical analysis of "quality of life" and "zero tolerance" policing that have serious civil rights and civil liberties implications and are too often accepted, without careful scrutiny, as the solution to urban problems. -- Donna Lieberman,Executive Director of the New York Civil Liberties UnionIn City of Disorder, Vitale provides a wise and balanced analysis of the preoccupation with social order in New York City that flowered under Giuliani's watch. On the one side, neoliberal housing and employment markets were increasing the numbers of people who were displaced and homeless. The failure of government on all levels to regulate the market forces driving this development, or to intervene to provide alternatives for the people affected, meant that people coped as they always have, by camping on the streets and panhandling, and by turning to drugs and drink. These behaviors in turn created popular political support for the coercive social controls that came to characterize city policy in the nineties. But neither the homeless nor the public were responsible for the limited alternatives which drove this mean result. -- Frances Fox Piven,author of The War at Home: The Domestic Costs of Bush's MilitarismVitale makes a powerful, and likely irrefutable, case that New York City mayors could have made major inroads in reducing homelessness had they adopted more progressive land use policies. This part of the book alone is a major contribution to the ongoing debate about homelessness. Readers across the nation will benefit from what is now clearly one of the best books ever written about urban homelessness. -- Randy Shaw * BeyondChron.org *City of Disorder offers something bracing for liberal policy-makers in New York: a blueprint for the realization of their humanistic values through an array of more muscular, activist policies. They should study it and learn from it. -- Robert Neuwirth * City Limits WEEKLY *City of Disorder has added enormously to our understanding of the context in which the crime declines of the 1980s and 90s took place. Future discussions of what happened in New York City must take this book into account. A great read and a real contribution to our understanding of the era. -- George Kelling,co-author of Fixing Broken Windows: Restoring Order And Reducing Crime In Our Communities
Les mer
Discusses New York's zero tolerance campaign against what was perceived to be an increase in disorder that directly threatened social and economic stability
Alex S. Vitale is Associate Professor of Sociology at Brooklyn College of the City University of New York. He has also worked for the San Francisco Coalition on Homelessness and the New York Civil Liberties Union.
Les mer
Nettpris:
1.052,-
Levering 3-20 dager 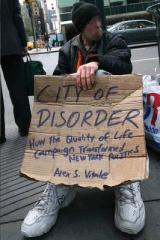 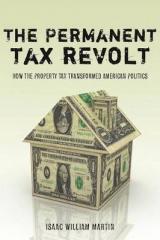 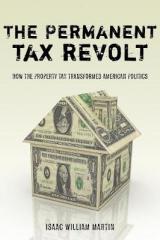