Landemore, Helene Elster, Jon
Innbundet / 2012 / Engelsk
James Madison wrote, 'Had every Athenian citizen been a Socrates, every Athenian assembly would still have been a mob'. The contributors to this volume discuss and for the most part challenge this claim by considering conditions under which many minds can be wiser than one. With backgrounds in economics, cognitive science, political science, law and history, the authors consider information markets, the internet, jury debates, democratic deliberation and the use of diversity as mechanisms for improving collective decisions. At the same time, they consider voter irrationality and paradoxes of aggregation as possibly undermining the wisdom of groups. Implicitly or explicitly, the volume also offers guidance and warnings to institutional designers.
Les mer
James Madison wrote, 'Had every Athenian citizen been a Socrates, every Athenian assembly would still have been a mob'. The contributors to this volume discuss and for the most part challenge this claim by asking whether many minds can be wiser than one.
Les mer
1. Collective wisdom: old and new Helene Landemore; 2. Prediction markets: trading uncertainty for collective wisdom Emile Servan-Schreiber; 3. Designing wisdom through the web: the passion of ranking Gloria Origgi; 4. Some microfoundations of collective wisdom Scott Page and Lu Hong; 5. What has collective wisdom to do with wisdom? Daniel Andler; 6. Legislation, planning, and deliberation John Ferejohn; 7. Epistemic democracy in classical Athens: sophistication, diversity, and innovation Josiah Ober; 8. The optimal design of a constituent assembly Jon Elster; 9. Sanior pars and major pars in the contemporary aeropagus: medicine evaluation committees in France and the United States Philippe Urfalino; 10. Collective wisdom: lessons from the theory of judgment aggregation Christian List; 11. Democracy counts: should rulers be numerous? David Estlund; 12. Democratic reason: the mechanisms of collective intelligence in politics Helene Landemore; 13. Rational ignorance and beyond Gerry Mackie; 14. The myth of the rational voter and political theory Bryan Caplan; 15. Collective wisdom and institutional design Adrian Vermeule; 16. Reasoning as a social competence Dan Sperber and Hugo Mercier; 17. Conclusion Jon Elster.
Les mer
"In bringing together essays by students of politics, economics, philosophy, history, and cognitive science - disciplines that have much to say to each other but engage in joint conversation too rarely - Landemore and Elster make a significant contribution. Many of the individual articles are by scholars working at the frontiers of their respective fields. No work on collective intelligence has covered the subject with such breadth, scope, or wisdom." - Robert Laubacher, Center for Collective Intelligence, MIT Sloan School of Management"This cutting-edge collection shows that in the last decade human beings have attained a genuinely new understanding of how and why collective wisdom can surpass that of any individual. Each essay adds subtlety, theoretical insight, or a telling example. Together they build to a compelling conclusion: societies succeed when they organize themselves to think better collectively. They can do this consciously through institutions whose principles and mechanisms are laid out in this book." - Jane Mansbridge, Adams Professor, Kennedy School of Government, Harvard University"For more than two decades, the ideas of participatory democracy and later on of deliberative democracy have stimulated the debate on the various forms of democratic development. Collective Wisdom opens a new cycle with the notion of epistemic democracy, renewing the very meaning of universal suffrage. This pathbreaking book brings together a series of contributions that define a promising field of research." - Pierre Rosanvallon, Chair in Modern and Contemporary History of Politics, College de France"Can crowds be anything but unwise? Is there any reason to suppose that collective judgments could be accurate? The papers gathered in this volume suggest some stimulating ways to claim that those questions could be answered affirmatively and that the so called 'mob' might sometimes be less foolish and less unreliable than it has commonly been taken to be. Very rewarding in times when democracy is so frequently deemed unable to cope with complex questions." - Jean-Fabien Spitz, Professor of Political Philosophy, University of Paris I Pantheon Sorbonne
Les mer
The contributors to this volume discuss and for the most part challenge whether many minds can be wiser than one.
Helene Landemore is a graduate from the Ecole Normale Superieure in Paris, Sciences Po, Paris, and Harvard University (PhD, 2008). After holding postdoctoral positions at the College de France in Paris, Brown University, and MIT, she is now an Assistant Professor of Political Science at Yale University. She is the author of Hume: probabilite et choix raisonnable (2004). Her work has appeared in the Journal of Moral Philosophy, Raison Publique, Synthese, Critical Review and Political Psychology. Jon Elster has been a professor at the College de France since 2005. Previously, he was a professor at the University of Chicago. He is a member of the American Academy of Arts and Sciences, Academia Europaea, the Norwegian Academy of Science and a Corresponding Fellow of the British Academy. He holds honorary doctorates from the universities of Valencia, Stockholm, Trondheim, Bogota, Torcuata di Tella and Louvain-la-Neuve. Elster is the author of 23 monographs, which have been translated into 18 languages. Most recently, these include L'Irrationalite; Alexis de Tocqueville: The First Social Scientist; Le Desinteressement; Explaining Social Behavior; Agir contre soi; Closing the Books; and Alchemies of the Mind.
Les mer
Nettpris:
907,-
Levering 7-20 dager 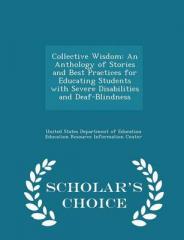 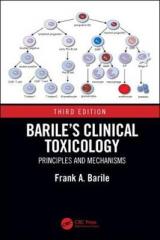