Ahmad, Eqbal Barsamian, David Said, Edward
Heftet / 2017 / Engelsk
Edward W. Said once urged the legendary Eqbal Ahmad not to leave your words scattered to the winds, or even recorded on tape, but collected and published in several volumes for everyone to read. Then those who don t have the privilege of knowing you will know what a truly remarkable, gifted man you are. In these intimate and wide-ranging conversations, Ahmad discusses nationalism, ethnic conflict, the politics of memory, and liberation struggles around the world.
Les mer
Brilliant and insightful political analyses of key political events and movements of the second half of the twentieth century.
"Dawn of Freedom" by Faiz Ahmed Faiz Map of South Asia Biographical Sketch of Eqbal Ahmad Introduction by David Barsamian Foreword by Edward W. Said Chapter 1 Think Critically and Take Risks Chapter 2 Distorted Histories Chapter 3 Do Not Accept the Safe Haven Selected Bibliography of Eqbal Ahmad's Writing Index
Les mer
We will advertise this title in a wide range of mainstream literary, political, and current events publications. We will also seek appearances for David Barsamian on Democracy Now!, NPR, and aggressively solicit early reviews of the book. We will seek blurbs from a number of the author's most prominent readers and supporters.
Les mer
Eqbal Ahmad (1933-1999) was a Pakistani political scientist, writer, journalist, and anti-war activist. A prolific writer and journalist, Eqbal was widely consulted by revolutionaries, journalists, activist leaders and policymakers around the world. He was an editor of the journal Race and Class, contributing editor of Middle East Report and L'Economiste du Tiers Monde, co-founder of Pakistan Forum, and an editorial board member of Arab Studies Quarterly. Upon his retirement from Hampshire college in 1997, he settled permanently in Pakistan, where he continued to write a weekly column for Dawn, Pakistan's oldest English language newspaper. One of America's most tireless and wide-ranging investigative journalists, David Barsamian has altered the independent media landscape, both with his weekly radio show Alternative Radio now in its 30th year and his books with Noam Chomsky, Howard Zinn, Tariq Ali, Arundhati Roy and Edward Said. Edward W. Said was University Professor of English and Comparative Literature at Columbia. A member of the American Academy of Arts and Sciences, the Royal Society of Literature and of Kings College Cambridge, his celebrated works include Orientalism, The End of the Peace Process, Power, Politics and Culture, and the memoir Out of Place. He is also the editor, with Christopher Hitchens, of Blaming the Victims, published by Verso. He died in September 2003.
Les mer
Nettpris:
222,-
Levering 3-20 dager 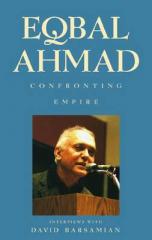 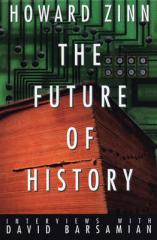 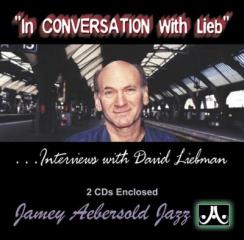