Giddens, Anthony
Heftet / 1991 / Engelsk
In this major theoretical statement, the author offers a new and provocative interpretation of the institutional transformations associated with modernity. We do not as yet, he argues, live in a post--modern world. Rather the distinctive characteristics of our major social institutions in the closing period of the twentieth century express the emergence of a period of a high modernity,a in which prior trends are radicalised rather than undermined. A post--modern social universe may eventually come into being, but this as yet lies a on the other sidea of the forms of social and cultural organization which currently dominate world history. In developing an account of the nature of modernity, Giddens concentrates upon analyzing the intersections between trust and risk, and security and danger, in the modern world. Both the trust mechanisms associated with modernity and the distinctive a risk profilea it produces, he argues, are distinctively different from those characteristic of pre--modern social orders. This book build upon the authora s previous theoretical writings, and will be of fundamental interest to anyone concerned with Giddena s overall project. However, the work covers issues which the author has not previously analyzed and extends the scope of his work into areas of pressing practical concern. This book will be essential reading for second year undergraduates and above in sociology, politics, philosophy, and cultural studies.
Les mer
In this major theoretical statement, the author offers a new and provocative interpretation of the institutional transformations associated with modernity. We do not as yet, he argues, live in a post--modern world.
Les mer
Part I:. Introduction. The Discontinuities of Modernity. Security and Danger, Trust and Risk. Sociology and Modernity. Modernity, Time and Space. Disembedding. Trust. The Reflexivity of Modernity. Modernity and Post-- Modernity?. Summary. Part II:. The Institutional Dimensions of Modernity. The Globalizing of Modernity. Two Theoretical Perspectives. Dimensions of Globalization. Part III:. Trust and Modernity. Trust in Abstract Systems. Trust and Expertise. Trust and Ontological Security. The Pre--Modern and Modern. Part IV:. Abstract Systems and the Transformation of Intimacy. Trust and Personal Relations. Trust and Personal Identity. Risk and Danger in the Modern World. Risk and Ontological Security. Adaptive Reactions. A Phenomonology of Modernity. Deskilling and Reskilling in Everyday Life. Objections to Post--Modernity. Part V:. Riding the Juggernaut. Utopian Realism. Future Orientations. The Role of Social Movements. Post--Modernity. Part VI: . Is Modernity and Western Project?. Concluding Observations. Notes.
Les mer
" A highly general and speculative analysis of modernity that is challenging and thought-provoking. . . . This is the kind of book that confronts a discipline, in this case sociology, with a number of issues that can provide a formidable agenda for those who pursue them. . . . It is geared to a wide audience that seeks new insights into the questions modernity has generated." -- "Choice"" Few contemporary social scientists bring more determination and talent to the daunting task of creating a new tradition than Anthony Giddens. Elements of virtually every classic and contemporary social scientific school and an impressive array of philosophical traditions, each critically assessed and modified, find a home in Giddens' s paradigm. . . . Giddens' s new beginning represents a significant step toward the regeneration of our discipline." -- "Contemporary Sociology"" Provides a new and quite engaging perspective on the nature of modernity and its peculiar relationships to traditional social forms. Giddens is outstanding in the way that he is able to absorb the whole tradition of social thought since the time of the classical sociologists and to play various theorists off against one another as a means of defining his own argument. He builds not only upon the whole tradition, but upon his own earlier work." -- "Herbert Lindenberger, Stanford University"
Les mer
Anthony Giddens is a Fellow of Kinga s College and Professor of Sociology at the University of Cambridge. Other books to his credit include The Constitution of Society (1984, Polity Press) and The Nation--State and Violence (1985, Polity Press).
Les mer
Nettpris:
217,-
Levering 3-20 dager 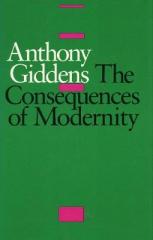 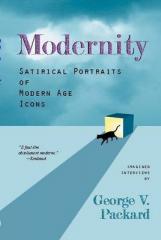