Elster, Jon Gargarella, Roberto Naresh, Vatsal Rasch, Bjorn Erik Se alle
Heftet / 2019 / Engelsk
Comparative constitutional law has a long pedigree, but the comparative study of constitution-making has emerged and taken form only in the last quarter-century. While much of the initial impetus came from the study of the American and French constituent assemblies in the late eighteenth century, this volume exemplifies the large comparative scope of current research. The contributors discuss constituent assemblies in South East Asia, North Africa and the Middle East, Latin America, and in Nordic countries. Among the new insights they provide is a better understanding of how constituent assemblies may fail, either by not producing a document at all or by adopting a constitution that fails to serve as a neutral framework for ordinary politics. In a theoretical afterword, Jon Elster, an inspirational thinker on the current topic, offers an analysis of the micro-foundations of constitution-making, with special emphasis on the role of crises-generated passions.
Les mer
From the eighteenth century to the present, constituent assemblies have shaped the framework of politics. They differ from ordinary legislatures in that the stakes are higher, and that decisions are shaped by interests, ideology, and also by passions. The contributions in this book range from case studies to comparative analyses and theoretical arguments.
Les mer
1. Introduction Jon Elster, Roberto Gargarella, Vatsal Naresh and Bjorn Erik Rasch; 2. Constitution-making in the context of plural societies: the 'accumulation strategy' Roberto Gargarella; 3. Constituent assemblies in democratic regimes: the problem of a legally limited convention Gabriel L. Negretto; 4. Constituent assemblies and political continuity in divided societies Hanna Lerner; 5. Constituent assembly failure in Pakistan and Nepal Mara Malagodi; 6. Precautions in a democratic experiment: the nexus between political power and competence Udit Bhatia; 7. A race against time: the making of the Norwegian Constitution of 1814 Jon Elster; 8. Chain of legitimacy: constitution-making in Iceland Thorvaldur Gylfason; 9. Constitution-making and legislative involvement in government formation Cristina Bucur, Jose Antonio Cheibub, Shane Martin and Bjorn Erik Rasch; 10. The political psychology of constitution-making Jon Elster; Index.
Les mer
Since 1787, constituent assemblies have shaped politics. This book provides a comparative, theoretical framework for understanding them.
Jon Elster is Robert K. Merton Professor of Social Science, Department of Political Science at Columbia University, New York, and the 2016 recipient of the Skytte Prize in Political Science. He has authored more than twenty monographs, most recently Securities against Misrule (2013), and is currently preparing a comparative analysis of the Federal Convention and the first French Constituent Assembly. Roberto Gargarella has written and edited more than twenty books, including Latin American Constitutionalism, 1810-2010 (2013) and The Legal Foundations of Inequality (Cambridge, 2010). He has been awarded a John Guggenheim Foundation grant, a Harry Frank Guggenheim grant, and a Fulbright grant. He has been a Visiting Professor in Universities in Latin America, Europe and the United States. Vatsal Naresh is a Ph.D. student at Yale University, Connecticut, and focuses on democratic theory, political violence, and constitution-making. Bjorn Erik Rasch has written or edited thirteen books, most recently Parliaments and Government Formation: Unpacking Investiture Rules (2015), and numerous journal articles in comparative politics and political economy.
Les mer
Nettpris:
342,-
Levering 7-20 dager 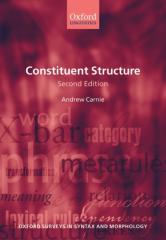 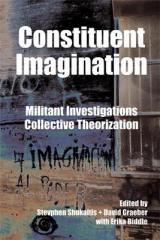 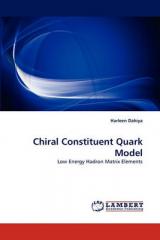 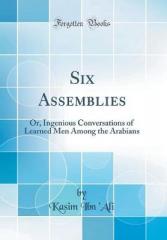