Ginsburg, Tom Simpser, Alberto
Heftet / 2013 / Engelsk
Constitutions in authoritarian regimes are often denigrated as meaningless exercises in political theater. Yet the burgeoning literature on authoritarian regimes more broadly has produced a wealth of insights into particular institutions such as legislatures, courts and elections; into regime practices such as co-optation and repression; and into non-democratic sources of accountability. In this vein, this volume explores the form and function of constitutions in countries without the fully articulated institutions of limited government. The chapters utilize a wide range of methods and focus on a broad set of cases, representing many different types of authoritarian regimes. The book offers an exploration into the constitutions of authoritarian regimes, generating broader insights into the study of constitutions and their functions more generally.
Les mer
This volume explores the form and function of constitutions in countries without the fully articulated institutions of limited government.
1. Introduction Tom Ginsburg and Alberto Simpser; Part I. The Category: 2. Ruling against rules Adam Przeworski; 3. Authoritarian constitutionalism: some conceptual considerations Mark Tushnet; Part II. Constitutional Design in Authoritarian Regimes: 4. The political economy of autocratic constitutions Michael Albertus and Victor Menaldo; 5. Authoritarian constitution making: the role of the military in Latin America Gabriel Negretto; 6. Constitutions in authoritarian regimes: the Egyptian constitution of 1971 Kristen Stilt; Part III. Contents of Authoritarian Constitutions: 7. The content of authoritarian constitutions Tom Ginsburg, Zachary Elkins and James Melton; 8. Constitutional variation among strains of authoritarianism David S. Law and Mila Versteeg; Part IV. Consequences of Authoritarian Constitutions: 9. The role of presidential power in authoritarian elections Jennifer Gandhi; 10. The informal politics of formal constitutions: rethinking the effects of 'presidentialism' and 'parliamentarism' in the cases of Kyrgyzstan, Moldova, and Ukraine Henry E. Hale; 11. The Party's leadership as a living constitution in China He Xin.
Les mer
This volume explores the form and function of constitutions in countries without the fully articulated institutions of limited government.
Tom Ginsburg is the Leo Spitz Professor of International Law at the University of Chicago, where he also holds an appointment in the Political Science Department. He is also a member of the American Academy of Arts and Sciences and a Research Professor at the American Bar Foundation. He holds BA, JD and PhD degrees from the University of California, Berkeley. He currently co-directs the Comparative Constitutions Project, an NSF-funded data set cataloging the world's constitutions since 1789. His recent co-authored book, The Endurance of National Constitutions (2009), won the best book award from the Comparative Democratization Section of the American Political Science Association. His other books include Judicial Review in New Democracies (2003), Administrative Law and Governance in Asia (2008), Rule by Law: The Politics of Courts in Authoritarian Regimes (with Tamir Moustafa, 2008) and Comparative Constitutional Law (with Rosalind Dixon, 2011). Before entering law teaching, he served as a legal advisor at the Iran-US Claims Tribunal, The Hague, The Netherlands, and he has consulted with numerous international development agencies and governments on legal and constitutional reform. Alberto Simpser is Assistant Professor of Political Science at the University of Chicago. His research focuses on the topics of electoral manipulation, election monitoring, mechanisms of authoritarian political control, redistributive spending, subnational governance, and corruption. His book, Why Parties and Governments Manipulate Elections: Theory, Practice, and Implications (2013), is a comparative study of the incentives underpinning electoral manipulation, with broad regional focus. Professor Simpser has been Research Fellow at the Center for Globalization and Governance at Princeton University, and National Fellow at the Hoover Institution at Stanford University. He holds a BSc from Harvard College, and a PhD in political science and an MA in economics from Stanford University.
Les mer
Nettpris:
390,-
Levering 3-20 dager 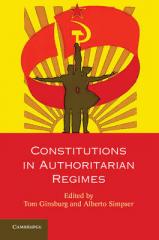 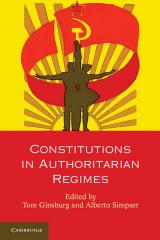 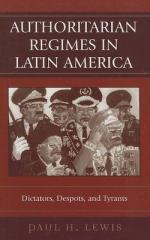 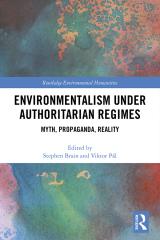