Contested Powers The Politics of Energy and Development in Latin America

Contested Powers The Politics of Energy and Development in Latin America

McNeish, John-Andrew Borchgrevink, Axel Logan, Owen
Heftet / 2015 / Engelsk
In the global North the commoditization of creativity and knowledge under the banner of a creative economy is being posed as the post-industrial answer to dependency on labour and natural resources. Not only does it promise a more stable and sustainable future, but an economy focused on intellectual property is more environmentally friendly, so it is suggested.Contested Powers argues that the fixes being offered by this model are bluffs; development as witnessed in Latin American energy politics and governance remains hindered by a global division of labour and nature that puts the capacity for technological advancement in private hands. The authors call for a multi-layered understanding of sovereignty, arguing that it holds the key to undermining rigid accounts of the relationship between carbon and democracy, energy and development, and energy and political expression. Furthermore, a critical focus on energy politics is crucial to wider debates on development and sustainability.Contested Powers is essential reading for those wondering how energy resources are converted into political power and why we still value the energy we take from our surroundings more than the means of its extraction.
Les mer
A study of the relationship between energy production and political power.
1. Introduction: recovering power from energy - reconsidering the linkages between energy and development - John-Andrew McNeish and Axel Borchgrevink2. Oil extraction and territorial disputes in the Maya Biosphere Reserve - Virgilio Reyes3. Gracias a dios y al gobierno: electric power struggles in Nicaraguan politics - Axel Borchgrevink4. Wind at the margins of the state: autonomy and renewable energy development in southern Mexico - Cymene Howe, Dominic Boyer and Edith Barrera5. Oil and environmental injustice in Venezuela: an ethnographic study of Punta Cardon - Maria Victoria Canino and Iselin Asedotter Stronen6. 'Everything moves with fuel': energy politics and the smuggling of energy resources - Cecilie Vindal Odegaard7. The continuous negotiation of the authority of oil- and gas-dependent states: the case of Bolivia - Fernanda Wanderley8. Passive revolution? Social and political struggles surrounding Brazil's new-found oil reservoirs - Einar Braathen9. Doing well in the eyes of capital: cultural transformation from Venezuela to Scotland - Owen Logan10. Latin America transformed? - John-Andrew McNeish11. From the King's Peace to transition society - Owen Logan and John-Andrew McNeish
Les mer
'Combining penetrating case studies with a theoretically insightful broader analysis of the meanings, contradictions and global significance of recent development processes in Latin America, this landmark collection constructively critiques conventional wisdom while offering fresh ways of understanding the political complexity created by different kinds of claims to sovereignty.'John Gledhill, University of Manchester, and author of The New War on the Poor'This collection of case studies from Latin America challenges neoliberal ideology by demonstrating the pivotal role of energy in political struggles within and between nation-states in our unequal world.'Alf Hornborg, Lund University'With this irrefutable volume, McNeish, Borchgrevink and Logan have taken us a long way towards the elusive goal of a post-carbon age.'Arturo Escobar, University of North Carolina at Chapel Hill'An incisive and theoretically sophisticated set of studies into the highly contentious relationship between energy and development. This is a signal contribution to our understanding of the politics of energy in Latin America.'Tom Perreault, Syracuse University
Les mer
John-Andrew McNeish is associate professor at the Norwegian University of Life Sciences (NMBU) and senior researcher at Chr. Michelsen Institute (CMI). His research focuses on indigenous politics and participation in resource politics and governance. McNeish has authored and co-authored a number of publications, including Flammable Societies: Studies on the Socio-Economics of Oil and Gas (2012), Gender Justice and Legal Pluralities: Latin American and African Perspectives (2013), and Indigenous Peoples and Poverty: An International Perspective (Zed Books, 2005). He is currently carrying out research for the Norwegian Research Council-funded Extracting Justice project.Axel Borchgrevink is associate professor at Oslo and Akershus University College (HIOA). He is an anthropologist who has considerable international consultancy experience and has worked on a range of development issues in Africa, Asia and Latin America. He is a former co-editor of the journal Forum for Development Studies, and his book Clean and Green: Knowledge and Morality in a Philippine Farming Community was published in 2014.Owen Logan is a photographer and research fellow at the University of Aberdeen, where he worked closely with the 'Lives in the Oil Industry' oral history project. Between 2007 and 2014 he was a contributing editor to Variant magazine and is co-editor with John Andrew McNeish of Flammable Societies: Studies on the Socio-Economics of Oil and Gas (2012). His work as a photographer has been widely exhibited and his images are in several public collections, including the Scottish Parliament. In connection with the Contested Powers project he co-curated, with Kirsten Lloyd, the exhibition The King's Peace: Realism and War at the Stills Gallery in Edinburgh in 2014.
Les mer
Nettpris:
351,-
Levering 3-20 dager 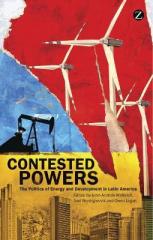 Contested Powers The Politics of Energy and Development in Latin America
Innbundet / 2015 / Engelsk
1.072,- 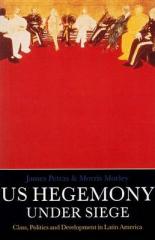 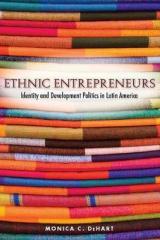 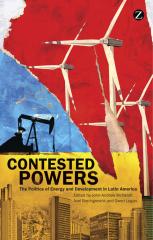