Cow in the Elevator An Anthropology of Wonder

Cow in the Elevator An Anthropology of Wonder

Srinivas, Tulasi
Heftet / 2018 / Engelsk
In The Cow in the Elevator Tulasi Srinivas explores a wonderful world where deities jump fences and priests ride in helicopters to present a joyful, imaginative, yet critical reading of modern religious life. Drawing on nearly two decades of fieldwork with priests, residents, and devotees, and her own experience of living in the high-tech city of Bangalore, Srinivas finds moments where ritual enmeshes with global modernity to create wonder-a feeling of amazement at being overcome by the unexpected and sublime. Offering a nuanced account of how the ruptures of modernity can be made normal, enrapturing, and even comical in a city swept up in globalization's tumult, Srinivas brings the visceral richness of wonder-apparent in creative ritual in and around Hindu temples-into the anthropological gaze. Broaching provocative philosophical themes like desire, complicity, loss, time, money, technology, and the imagination, Srinivas pursues an interrogation of wonder and the adventure of writing true to its experience. The Cow in the Elevator rethinks the study of ritual while reshaping our appreciation of wonder's transformative potential for scholarship and for life.
Les mer
Tulasi Srinivas uses the concept of wonder-feelings of amazement at being overcome by the unexpected and sublime-to examine how residents of Banglore, India pursue wonder by practicing Hindu religious rituals as a way to accept and resist neoliberal capitalism.
Les mer
A Note on Translation xi Acknowledgments xiii O Wonderful! xix Introduction. Wonder, Creativity, and Ethical Life in Bangalore 1 Cranes in the Sky 1 Wondering about Wonder 6 Modern Fractures 9 Of Bangalore's Boomtown Bourgeoisie 13 My Guides into Wonder 16 Going Forward 31 1. Adventures in Modern Dwelling 34 A Cow in an Elevator 34 Grounded Wonder 37 And Ungrounded Wonder 39 Back to Earth 41 Memorialized Cartography 43 "Dead-Endu" Ganesha 45 Earthen Prayers and Black Money 48 Moving Marble 51 Building Wonder 56 Interlude: Into the Abyss 58 2. Passionate Journeys: From Aesthetics to Ethics 60 The Wandering Gods 60 Waiting . . . 65 Moral Mobility 69 Gliding Swans and Bucking Horses 70 The Pain of Cleaving 74 And the Angry God 80 Full Tension! 84 Adjustments 86 Life and . . . 91 Ethical Wonders 92 Interlude. Up in the Skyye 95 3. In God We Trust: Economies of Wonder and Philosophies of Debt 99 A Treasure Trove 99 Twinkling Excess 107 The Golden Calf 111 A Promise of Plenitude 114 "Mintingu" and "Minchingu" 119 "Cash-a-carda?" Philosophies of Debt 128 Soiled Money and the Makings of Distrust 131 The Limits of Wonder 133 4. Technologies of Wonder 138 Animatronic Devi 138 Deus Ex Machina 140 The New in Bangalore 142 The Mythical Garuda-Helicopter 143 Drums of Contention 152 Capturing Divine Biometrics 157 Archiving the Divine 159 Technologies of Capture 162 FaceTiming God 164 Wonder of Wonders 169 5. Timeless Imperatives, Obsolescence, and Salvage 172 "Times have Changed" 172 The Untimeliness of Modernity 175 Avelle and Ritu 178 Slipping Away 181 When Wonder Falls 183 Time Lords 187 Dripping Time 188 The Future, The Past, and the Immortal Present 204 Conclusion. A Place for Radical Hope 206 Radical Hope 206 Amazement in Turmeric 210 The Need for Wonder 213 Afterword. The Tenacity of Hope 216 Notes 219 References 247 Index 265
Les mer
"[The Cow in the Elevator] teased me into questioning what Srinivas has so beautifully and chillingly thought through for decades-wonder as an ethical practice." -- Dhruv Ramnath * The Citizen *"Srinivas provides a lively lesson in religious originality with applications and implications far beyond Bangalore or India." -- Jack David Eller * Reading Religion *"The central contribution of this book is its presentation of wonder as a new category of anthropological inquiry, and its interdisciplinary approach of parsing wonder from the vantage points of ritual and liturgical lives, socioeconomics, and aesthetic and creative spheres. Srinivas's deployment of these specific categories by no means limits its readers; on the contrary, the book inspires readers to revisit their own field experiences, and look for the moments of wonder." -- Arthi Devarajan * Anthropology News *"Tulasi Srinivas does us a service in identifying important insights arising from her study of ritual practice that will help us to better understand wonder. Hopefully, her work will prompt other scholars to use an anthropological approach to better understand the dynamics of wonder from the perspective of the interlocutors they study." -- Steve Derne * Asian Anthropology *"The Cow in the Elevator captures in lovely detail and theory-rich rumination, the evolution and dynamism of Hindu ritualism in modern Bangalore, calling attention to the unstable and creative dimensions of ritual, and the ethical possibilities and challenges it opens up within this rapidly changing city. Scholars of Hinduism and South Asian urbanism will find much to ponder in this book, as will anthropologists interested in ritual theory and practice." -- Andrew C. Willford * Pacific Affairs *"I treasure The Cow in the Elevator for its sparkle and its positive news about hope and creativity in often bleak circumstances. Rich in original analytic insights, this book is not a tidy package but a cornucopia from which all kinds of sweet and bitter products may be extracted, tasted, consumed, and transformed: high-powered caloric fuel for interpretive intellectual energies. . . . Daring, insightful, and highly engaging, The Cow in the Elevator offers so much that its capacity to provoke unanswered questions in no way detracts from its invaluable qualities. Certainly, no other book on religion in urban India so effectively conveys the ways that ritual excess works wonders." -- Ann Grodzins Gold * American Ethnologist *"In this intriguing and richly-textured book, Tulasi Srinivas immerses us in the world of contemporary Hindu ritual practice in Malleshwaram, a suburb of the South Indian city of Bangalore. . . . The Cow in the Elevator is a deeply insightful work that offers us a glimpse of the creativity and wonder that sustain Hindu ritual life in the concrete jungles of modern, neoliberal India." -- Tracy Pintchman * Anthropos *"I found much of value in this book. . . . The writing displays a lively sense of wonder. The autoethnography is deft, and the homage to M. N. Srinivas, as father and anthropologist, very moving." -- Soumhya Venkatesan * Anthropological Quarterly *
Les mer
Tulasi Srinivas is Associate Professor of Anthropology at the Institute for Interdisciplinary Studies at Emerson College, author of Winged Faith: Rethinking Globalization and Religious Pluralism through the Sathya Sai Movement, and coeditor of Curried Cultures: Globalization, Food, and South Asia.
Les mer
Nettpris:
347,-
Levering 3-20 dager 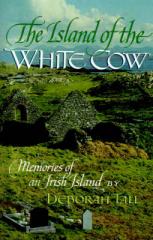 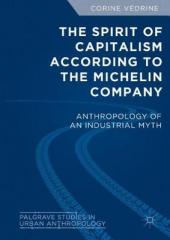