Crimes of Wildlife Trafficking Issues of Justice, Legality and Morality

Crimes of Wildlife Trafficking Issues of Justice, Legality and Morality

Sollund, Ragnhild
Innbundet / 2019 / Engelsk
This book examines trade and trafficking in endangered animal species and how the trade increasingly puts large numbers of nonhuman species at risk. Focusing on illegal trafficking, the book also discusses the harmful aspects of the trade and trafficking which is taking place in concordance with laws and regulations. Drawing on the findings of empirical research from Norway and Colombia, the study discusses how this global, transnational trend is addressed, and features of the trade and the ways in which it is controlled in the two case study locations. It also explores the motives driving the trade, and the consequences in terms of animal abuse and environmental harm. The book discusses whether internationally agreed measures, such as international conventions, actually help prevent the trade. Possible ways to address the harms of wildlife trade are considered, including a total ban. The work draws on a green criminology and eco feminist theoretical framework to provide a broad perspective on concepts such as harm, animal rights, species justice and speciesism.
Les mer
Chapter 1: Introduction to the legal and illegal abduction, theriocide and trafficking of endangered animals Chapter 2: Methodology and ecophilosophical orientation Chapter 3: Animals and animal products trafficked to Norway Chapter 4: Court cases exemplifying the variations of wildlife trade and animal abuse Chapter 5: Trafficking within Norway and from Norway to other countries Chapter 6: The enforcement of CITES in Norway from the perspective of CITES control agencies Chapter 7: The keeping of exotic reptiles in Norway Chapter 8: Summary of the Norwegian case study Chapter 9: Wildlife trafficking in Colombia Chapter 10: The animal victims in Colombia and how they are abused Chapter 11: Responses to wildlife trafficking by the Colombian authorities Chapter 12: How to respond to the harms of wildlife trafficking Chapter 13: Animal victimization in Norway and Colombia Chapter 14: Mirror, mirror on the wall, who's the wildest of them all?
Les mer
`This book is destined to be a work of reference for anyone wishing to approach the study of trade and trafficking of wild animal species. Ragnhild Aslaug Sollund, a major figure in green criminology, has written a book that brings to fruition more than a decade of research on environmental crime, culminating in groundbreaking considerations in the field of justice, legality and morality...The revision of the regulation can only be born of academic works of this quality and honesty. Further, it is works like this that lead us-as individuals of the human species-to reconsider our place in the animal order and accept that the change is necessary if we do not want to end up extinguishing ourselves as a consequence of the harm that our actions cause to the planet in the era of Anthropocene.' Fajardo del Castillo T (2019) Review of The Crimes of Wildlife Trafficking: Issues of Justice, Legality and Morality by Ragnhild Aslaug Sollund. International Journal for Crime, Justice and Social Democracy 8(3): 105-107. DOI: 10.5204/ijcjsd.v8i3.1249 `I read The Crimes of Wildlife Trafficking with great enthusiasm and learned much from it. It is a worthy addition to our knowledge of the WLT and to nonspeciesist and green criminology in general'. Piers Bierne, University of Southern Maine, USA. Critical Criminology https://doi.org/10.1007/s10612-019-09487-z
Les mer
Ragnhild Aslaug Sollund is Professor of Criminology at the Department of Criminology and Sociology of Law, University of Oslo. Her research is in the field of green criminology, specifically wildlife crimes, and she has published widely on this and related areas.
Les mer
Nettpris:
629,-
Levering 3-20 dager 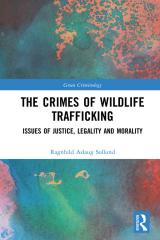 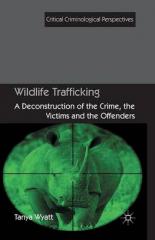 Wildlife Trafficking A Deconstruction of the Crime, the Victims, and the Offenders
Wyatt, T.
Heftet / 2013 / Engelsk
865,- 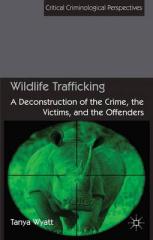