Horowitz, Irving Louis
Heftet / 2011 / Engelsk
Volume three of Culture & Civilization continues a pattern in this annual series of dealing with major themes of the past, with a strong sense of how the everyday world of the second decade of the twenty-first century impacts cultural history and civilizations pushing up against each other. A constant theme throughout is the immediate impact of Globalism: in economics, government, manners, styles, egalitarianism in political demands, and terrorism as a response to democratic systems. Each in its own way has coalesced to bring discourse on civilization levels back into vogue. Global issues in size, scope, and scenario are herein placed on exhibition once again. Among the noteworthy contributions are substantial articles by Jason Powell, Global Aging; Tony Leon, Liberal Democracy in Africa; Yoaz Hendel, Terrorism and Piracy; Norman Manea and Paul Hollander, "Twenty Years After the Fall of the Berlin Wall"; Aleksander Kwasniewski, "World Views of the European Union"; Gregg Rickman, "The Nazi Religion and the Holocaust"; and Walter Laqueur, "Europe's Road to the Mosque". This volume features special essays on Jean Francois Revel's Uncommon Insight; John Maynard Keynes Revisited; Stefan Zweig: Master Builder of the Spirit; and Inside Shakespeare's Hamlet. As with the previous volumes, the writings are brilliantly realized in form with serious content to match. Threading a needle between abstracted empiricism that dominates present science policy and speculative metaphysics that offers little else than a great vision of the world, this volume of Culture & Civilization on Globalism charts a space for which there is a felt need by large publics, responded to by serious social science specialists capable of addressing such interests in historically meaningful contexts.
Les mer
Irving Louis Horowitz (1929-2012) was Hannah Arendt Distinguished University Professor Emeritus of Sociology and Political Science at Rutgers University. He was the founder and served as chairman of the board and editorial director of Transaction Publishers.
Les mer
Nettpris:
541,-
Levering 3-20 dager 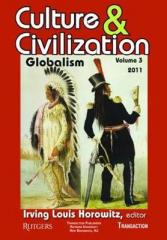 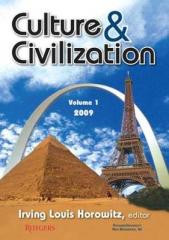 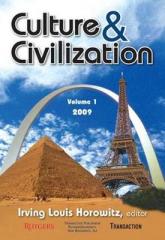