Barsamian, David Said, Edward W.
Heftet / 2003 / Engelsk
In this book of interviews, Edward W. Said discusses the centrality of popular resistance to his understanding of culture, history, and social change. He reveals his thoughts on the war on terrorism, the war in Afghanistan, and the Israeli-Palestinian conflict, and lays out a compelling vision for a secular, democratic future in the Middle East - and globally.
Les mer
Conversations with the acclaimed cultural critic and world-renowned commentator on the Israeli-Palestinian conflict
Acknowledgments Introduction by David Barsamian 1. A One-State Solution 2. Intifada 2000: The Palestinian Uprising 3. What They Wnat Is My Silence 4. Origins of Terrorism 5. A Palestinian Perspective on the Conflict with Israel Selected Biography Index
Les mer
'Said is, as always, inspiring. He is a brilliant intellectual who as the gift of simplifying his arguments without sacrificing their essence. This book should be in every home' -- Morning Star
David Barsamian is the producer of the award-winning syndicated radio programme Alternative Radio in the US and has published books with Eqbal Ahmad, Howard Zinn, Tariq Ali, Richard Wolff, Arundhati Roy and Edward W. Said. He has also collaborated extensively on books with Noam Chomsky, including Class Warfare (Pluto Press, 2002) and Propaganda and the Public Mind (Pluto Press, 2015). Edward Said is best known for two major publications: Orientalism and Culture and Imperialism. A renowned cultural and literary critic, he is Professor of English and Comparative Literature at Columbia University, and the recipient of the Lannan Literary Award for Lifetime Achievement in 2001.
Les mer
Nettpris:
253,-
Levering 3-20 dager 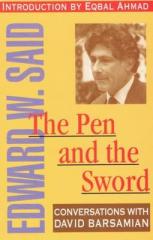 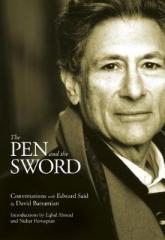 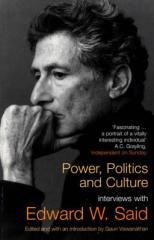