Winterer, Caroline
Heftet / 2004 / Engelsk
Debates continue to rage over whether American university students should be required to master a common core of knowledge. In The Culture of Classicism: Ancient Greece and Rome in American Intellectual Life, 1780-1910, Caroline Winterer traces the emergence of the classical model that became standard in the American curriculum in the nineteenth century and now lies at the core of contemporary controversies. By closely examining university curricula and the writings of classical scholars, Winterer demonstrates how classics was transformed from a narrow, language-based subject to a broader study of civilization, persuasively arguing that we cannot understand both the rise of the American university and modern notions of selfhood and knowledge without an appreciation for the role of classicism in their creation.
Les mer
A conscientious and important history of the study of classicism in America during the eighteenth and nineteenth centuries... Ms. Winterer sheds light on the virtual disappearance of the ancients from the modern imagination. -- Rochelle Gurstein Wall Street Journal This book makes, in particular, two significant contributions to the field: it expands the scope of inquiry beyond the opening decades of the nation's history, where scholarly interest has tended to concentrate; and it shifts the focus from what has become familiar (the classicism of the founding fathers and the influence of nineteenth-century German scholarship) to what is less well-known... Winterer's prose moves swiftly and with punch, and she displays an easy familiarity with her subject matter. -- Matthew M. McGowan Bryn Mawr Classical Review Richly informative yet concise and lucid, this book is filled with interesting insight... It is, without question, one of the greatest contributions to [the field of classics in nineteenth-century America] yet published. -- Carl J. Richard American Historical Review The first full and sympathetic account of the changing role of classical education in pre-World War I America... The story told is, on the whole, one of gradual if heroically resisted extinction. -- Thomas L. Pangle Journal of American History 2003 Worthwhile reading not only for those interested in the history of the classics in American education, but also for anyone interested in the changes wrought in American education between the American Revolution and the twentieth century. -- Joseph Casazza New England Classical Journal This clearly-written and perceptive book provides the first general survey of the role of classics in the USA in the nineteenth century. -- Christopher Stray Mouseion: Journal of Classical Association of Canada An intelligent book about an important period. -- Karl Galinsky Libraries & the Cultural Record 2006
Les mer
Caroline Winterer is an assistant professor at Stanford University. She is also the author of the book, The Mirror of Antiquity: American Women and the Classical Tradition,1750-1900 (Cornell University Press, 2007).
Les mer
Nettpris:
307,-
Levering 3-20 dager 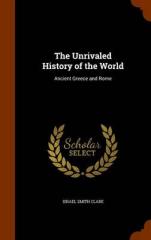 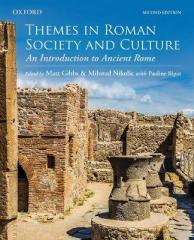 Themes in Roman Society and Culture An Introduction to Ancient Rome
Heftet / 2020 / Engelsk
837,-