Culture, Language and Identity English-Tamil In Colonial India, 1750 To 1900

Culture, Language and Identity English-Tamil In Colonial India, 1750 To 1900

Indra, C. T. Rajagopalan, R.
Innbundet / 2017 / Engelsk
This volume examines the relationship between language and power across cultural boundaries. It evaluates the vital role of translation in redefining culture and ethnic identity. During the first phase of colonialism, mid-18th to late-19th century, the English-speaking missionaries and East India Company functionaries in South India were impelled to master Tamil, the local language, in order to transact their business. Tamil also comprised ancient classical literary works, especially ethical and moral literature, which were found especially suited to the preferences of Christian missionaries. This interface between English and Tamil acted as a conduit for cultural transmission among different groups. The essays in this volume are on chosen areas of translation activities and explore cultural, religious, linguistic and literary transactions. This volume and its companion (which looks at the period between 1900 CE to the present) cover the late colonial and postcolonial era and will be of interest to students, scholars and researchers of translation studies, literature, linguistics, sociology and social anthropology, South Asian studies, colonial and postcolonial studies, literary and critical theory as well as culture studies.
Les mer
Contributors. Foreword by Susan Bassnett. Preface. Acknowledgements. Introduction R. Rajagopalan 1. Semi-machi(a) Nations and Translation: India, 1500 to 1900 A. Noel Joseph Irudayaraj 2. The Metamorphosis of Tamil-English Lexicography: Dictionaries by Foreign Missionaries in the Period 1750-1900 P. R. Subramanian 3. The Politics, Problems and the Beauties of Translating 'The Holy Bible' V. Richard 4. On Translating Moral and Ethical Texts from Tamil to English R. Rajagopalan and C. T. Indra 5. Literary Daughters and their Lineage: A Study of the Novels Saguna and Kamala by Krupabai Satthianadhan in English and in Tamil Translation Padma Narayanan. Afterword by Rathi Jafer. Bibliography
Les mer
'The account of history of English-Tamil translation brought to light in the two volumes of this important work reinforces the fact that at different points of development, translation is of very different significance. Tellingly, Volume 1 is entitled Culture, Language and Identity, while in Volume 2 the focus shifts to Language, Culture and Power.' Susan Bassnett FRSL, Professor of Comparative Literature, University of Glasgow; Professor Emerita and Special Advisor in Translation Studies, School of Modern Languages and Cultures, University of Warwick; and President, British Comparative Literature Association
Les mer
C. T. Indra is former Professor of English and former Chair of the Department of English, University of Madras, Chennai, Tamil Nadu, India where she taught for over three decades. She was member of the Curriculum Development Council of UGC for English. She was the recipient of the British Council Translation award (1988) and the Katha award (1994). She was Coordinator and one of the translators in the British Council-sponsored project Representations of the West in South Indian short stories, subsequently published as Routes (2000). Her translations from Tamil include Legend of Nandan (Indira Parthasarathy's play, 2003), Cross Section (Sivakami's novel, 2014, with Prema Jagannathan). R. Rajagopalan is former Reader in English, Presidency College, Chennai, Tamil Nadu, India and has served in state government educational institutions. He writes short stories and poetry in Tamil and translates as well. He has received the Tiruppur Tamil Chankam poetry award and Thisai Ettum translation award. He was associated with and contributed to leading little magazines in Tamil such as 'Zha', 'Gavanam', besides 'Kachadathapara'. He has republished Krupabai Satthianadhan's pioneering feminist novels Kamala and Saguna. He was part of the Tamil group and one of the translators for the British Council project published as Routes (2000). He has edited the works of modernist Tamil poets such as Gnanakoothan, Atmanam, Nakulan, Anand and Devathachan, and has authored a collection each of poetry, short stories and literary articles apart from children's books.
Les mer
Nettpris:
1.276,-
Levering 3-20 dager 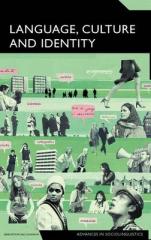 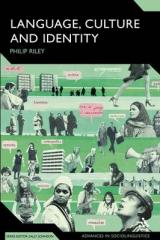 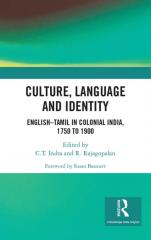