Norris, Pippa
Innbundet / 2011 / Engelsk
Many fear that democracies are suffering from a legitimacy crisis. This book focuses on 'democratic deficits', reflecting how far the perceived democratic performance of any state diverges from public expectations. Pippa Norris examines the symptoms by comparing system support in more than fifty societies worldwide, challenging the pervasive claim that most established democracies have experienced a steadily rising tide of political disaffection during the third-wave era. The book diagnoses the reasons behind the democratic deficit, including demand (rising public aspirations for democracy), information (negative news about government) and supply (the performance and structure of democratic regimes). Finally, Norris examines the consequences for active citizenship, for governance and, ultimately, for democratization. This book provides fresh insights into major issues at the heart of comparative politics, public opinion, political culture, political behavior, democratic governance, political psychology, political communications, public policymaking, comparative sociology, cross-national survey analysis and the dynamics of the democratization process.
Les mer
Focusing on 'democratic deficits', this book reflects on how far the perceived democratic performance of any state diverges from public expectations. The book provides fresh insights into major issues at the heart of the study of comparative politics, public opinion, political culture and political communications.
Les mer
Part I. Introduction: 1. Democratic hopes and fears; 2. The conceptual framework; 3. Evidence and methods; Part II. Symptoms: 4. Trends in the US and Western Europe; 5. Comparing political support around the world; 6. Trends in democratic deficits; Part III. Diagnosis: 7. Rising aspirations; 8. Democratic knowledge; 9. Negative news; 10. Failing performance; Part IV. Prognosis: 11. Consequences for citizenship, governance, and democratization; 12. Conclusions and implications.
Les mer
"This brilliantly-reasoned assessment of public opinions about the achievements and failures of democratic governance deserves high attention from the social science community. The wide-ranging book includes nuanced analyses of such crucial issues as people's trust in their government and its institutions, their satisfaction with regime performance, and their understanding of democratic values. The detailed findings are remarkable and surprisingly encouraging. Contrary to prevailing beliefs, the wealth of data from fifty countries clearly shows that faith in the effectiveness of democratic governance remains robust, even though it wanes and waxes in response to the tides of political events." -Doris Graber, University of Illinois at Chicago"This is a 'must-read' for all those who want to know more about the current state of democracy world-wide. In a penetrating empirical analysis Norris demonstrates that the normative account predicting a general decline in support of democratic values does not square with the empirical evidence. This original study of global political culture powerfully contributes to a better understanding of the current state of liberal democracy." -Hans-Dieter Klingemann, Social Science Research Center Berlin"This book is a new landmark in the continuing debate on the alleged decline of citizens' trust in their democratic institutions across the Western world. Where previous studies seemed to support the conventional wisdom that people in advanced industrial democracies have become disenchanted with their political institutions, a meticulous analysis of data from an unprecedented number of countries proves that there is no general decline of trust in democratic institutions. After Critical Citizens, Pippa Norris once again has planted her flag in the middle of the academic debate. It is going to stay there for a long time to come." -Jacques Thomassen, University of Twente"This book is the first monograph offering worldwide comparison of political support for democracy since David Easton's work 50 years ago. Pippa Norris offers a summation of theoretical, methodological, and empirical scholarly debate on the concept of 'political support for democracy,' and of 'critical citizens' in democratic regimes. This impressive comparative study covers the Third Wave of Democratisation and examines North America, South America, Western Europe, Northern Europe, Central and Eastern Europe, and Asia. Norris develops and tests a new theory of 'critical citizens and the democratic deficit,' which integrates citizens, media, and governments as core elements of support for political systems. She also expands the congruence theory, which explains the relationship between demand for and supply of democracy, by introducing information and media as third theoretical element. The important debate about the nature and significance of 'political support for democracy' and the role of 'critical citizens,' as well as the structure and future of the so-called 'democratic deficit,' culminates in Norris's work. This book will become a classic in political science, political sociology, and mass communication research." -Christian W. Haerpfer, University of Aberdeen
Les mer
This book examines the reasons behind the democratic deficit and analyzes the consequences for active citizenship, for governance and, ultimately, for democratization.
Pippa Norris is the McGuire Lecturer in Comparative Politics at the John F. Kennedy School of Government, Harvard University. Her work analyzes comparative democratization, elections and public opinion, gender politics, and political communications. Recent companion volumes by this award-winning author, also published by Cambridge University Press, include Sacred and Secular (2004), Driving Democracy (2008) and Cosmopolitan Communications (2009).
Les mer
Nettpris:
968,-
Levering 3-20 dager 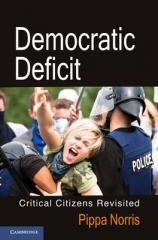 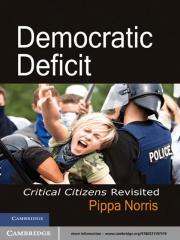 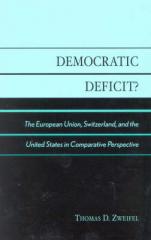 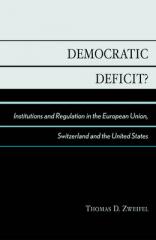