Levine, Donald N. Schneiderman, Howard G.
Heftet / 2018 / Engelsk
In his final work, Donald N. Levine, one of the great late-twentieth-century sociological theorists, brings together diverse social thinkers. Simmel, Weber, Durkheim, Parsons, and Merton are set into a dialogue with philosophers such as Hobbes, Smith, Montesquieu, Comte, Kant, and Hegel and pragmatists such as Peirce, James, Dewey, and McKeon to describe and analyze dialogical social theory. This volume is one of Levine's most important contributions to social theory and a worthy summation of his life's work. Levine demonstrates that approaching social theory with a cooperative, peaceful dialogue is a superior tactic in theorizing about society. He illustrates the advantages of the dialogical model with case studies drawn from the French Philosophes, the Russian Intelligentsia, Freudian psychology, Ushiba's aikido, and Levine's own ethnographic work in Ethiopia. Incorporating themes that run through his lifetime's work, such as conflict resolution, ambiguity, and varying forms of social knowledge, Levine suggests that while dialogue is an important basis for sociological theorizing, it still vies with more combative forms of discourse that lend themselves to controversy rather than cooperation, often giving theory a sense of standing still as the world moves forward. The book was nearly finished when Levine died in April 2015, but it has been brought to thoughtful and thought-provoking completion by his friend and colleague Howard G. Schneiderman. This volume will be of great interest to students and teachers of social theory and philosophy.
Les mer
PREFACE and ACKNOWLEDGMENTS by Donald N. Levine EDITOR'S NOTE by Howard G. Schneiderman FOREWORD by Peter Baehr Dialogue, Disputation, Dismissiveness, and Motives for Controversy: An Editor's Introduction by Howard G. Schneiderman PART ONE. FROM COMBAT TO DIALOGUE 1. The Idea of Dialogue, 2. Dialogue and Human Combat, 3. Transforming the Adversarial Mindset: Japanese Martial Arts and American Litigation, 4. Civilizations, Clashing and Harmonious PART TWO. DIALOGUES INVOLVING SHARED OBJECTIVES Dialogue as Complementary Contributions to a Common Problem, 5. Universalism in the French Philosophes and the Russian Intelligentsia, 6. The Sociology of Morality in Parsons, Simmel, and Merton, 7. Theory and Praxis in Parsons and McKeon. Different Positions, Shared Conclusions 8. Freud and Ueshiba: Pioneers of Therapeutic Interaction 9. Dewey and Hutchins at Chicago PART THREE. DIALOGUES INVOLVING POINTED CONFRONTATIONS Dialogue as Critical Extension and Progressive Transformation 10. Hobbes and Locke, 11. Montesquieu, Comte and Durkheim,12. Kant and Hegel. Complementary Engagement through Reciprocal Priority 13. Positions on Conflict in Euro-American and Asian Social Thought, 14. Two Tales of One City, 15. Forms and Functions of Social Knowledge References
Les mer
Donald N. Levine (1931-2015) was Professor Emeritus of Sociology at the University of Chicago and was founder of an NGO, Aiki Extensions. He received a lifetime achievement award from the American Sociological Association. Howard G. Schneiderman is Professor of Sociology at Lafayette College in Easton, Pennsylvania. He has a longstanding interest in intellectual history, and has written extensively on some of sociology's leading scholars. He has served in a variety of editorial capacities, including Executive Editor of Society and editorial consultant to Transaction Publishers. His research interests include charisma, authority, and the intersection of both of these with religion, and he has authored many articles, introductions to classic works, and essays in social theory.
Les mer
Nettpris:
474,-
Levering 3-20 dager 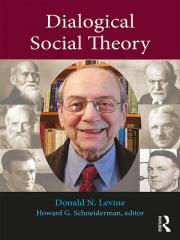 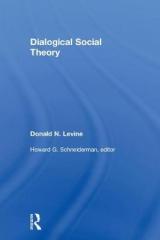 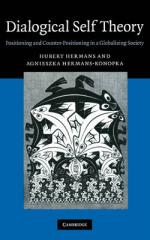 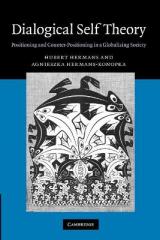