Dialogues Conversations about the Nature of the Universe

Dialogues Conversations about the Nature of the Universe

Johnson, Clifford V.
Innbundet / 2017 / Engelsk
A series of conversations about science in graphic form, on subjects that range from the science of cooking to the multiverse.Physicist Clifford Johnson thinks that we should have more conversations about science. Science should be on our daily conversation menu, along with topics like politics, books, sports, or the latest prestige cable drama. Conversations about science, he tells us, shouldn't be left to the experts. In The Dialogues, Johnson invites us to eavesdrop on a series of nine conversations, in graphic-novel form-written and drawn by Johnson-about "the nature of the universe." The conversations take place all over the world, in museums, on trains, in restaurants, in what may or may not be Freud's favorite coffeehouse. The conversationalists are men, women, children, experts, and amateur science buffs. The topics of their conversations range from the science of cooking to the multiverse and string theory. The graphic form is especially suited for physics; one drawing can show what it would take many words to explain.In the first conversation, a couple meets at a costume party; they speculate about a scientist with superhero powers who doesn't use them to fight crime but to do more science, and they discuss what it means to have a "beautiful equation" in science. Their conversation spills into another chapter ("Hold on, you haven't told me about light yet"), and in a third chapter they exchange phone numbers. Another couple meets on a train and discusses immortality, time, black holes, and religion. A brother and sister experiment with a grain of rice. Two women sit in a sunny courtyard and discuss the multiverse, quantum gravity, and the anthropic principle. After reading these conversations, we are ready to start our own.
Les mer
A series of conversations about science in graphic form, on subjects that range from the science of cooking to the multiverse.
Best Science Books of 2018! How do you discuss big, hair-hurting ideas in a user friendly way? Make a graphic novel about them. For me, the most original, creative and magical science book of 2017. Yes, it was last year's book. But I didn't read it until this year. And I cannot leave it out.-Ira Flatow, Science FridayReaders of The Dialogues will likely appreciate Johnson's unique approach to starting a conversation about physics with a broader audience, and they'll admire his passion for the subject matter.-Physics Today...does a fantastic job of explaining complex concepts in a way that's not only easy to understand but also pleasant to follow. But what really sets it apart is the sheer quality of the writing. He effortlessly blends the natural, down-to-earth curiosity within us all with a patient knowledge that comes with decades of study.-ZME ScienceThere are a great many unsubtle ways to address diversity as an issue of social justice, from polemic proclamations to crude finger-pointing to passive complaint. All of them are, in my view, invariably inferior to what is perhaps the only effective approach: Simply enacting, without fuss and fanfare, a juster alternative. That is what Johnson - a black Englishman himself - accomplishes by populating his panels with characters of varied races, genders, and nationalities, who interpolate between the roles of explainer and explainee without any dominant pattern of authority.-BrainpickingsJohnson explicity rejects the notion that some science is for uniquely talented abstract thinkers, arguing that the questions that theoretical physicists explore are not too complicated for the rest of us, and are relevant to all. And he proves it in his book: His characters are adults and kids who ponder how rice grains appear to multiply when cooked and how to calculate the number of jelly beans in a jar, and discuss the notion of a unified "theory of everything" and the meaning of life and death.-QuartzThe Dialogues illustrates how science can be a topic of everyday conversation for anyone.-CBCJohnson's new book... is a penetrating exploration of questions - that are both ancient and modern - about the nature of the universe. I found The Dialogues to be compelling, and the use of the graphic novel format only deepened that impression.16-Adam Frank, NPRThere is nothing new under the sun. And Johnson has merely revived an old method of presenting scientific ideas. As Nobel prizewinner Frank Wilczek points out in the foreword, scientists - most notably Galileo - presented their ideas in dialogue between debating characters on which readers could eavesdrop. And, given the chance, I bet that many of us would love the chance to quiz an Einstein down the pub. Since that is rarely, if at all, possible, The Dialogues is the next best thi17ng.-Times Higher EducationThe author shows himself to be a highly talented graphic artist as well as being a distinguished theoretician.-The SpectatorShort list for Best Book of the Year 2018! This non-fiction graphic novel uses the teacher-pupil relationship as a format of discourse on complex topics in physics, ranging from inflation and relativity to the philosophy of science and discussions of experimentation and geometry. The artist and author is physicist Clifford Johnson and his book is The Dialogues. Over the course of 11 conversations, each intricately drawn and written by Johnson (who is a self-taught artist), you will meet a host of characters in a variety of locations, all of whom are attempting to better fathom the fundamental laws of our universe.-PHYSICS WORLD
Les mer
Clifford V. Johnson, Professor of Physics at the University of Southern California, gives many public lectures about his research and appears often in television documentaries as an expert. He has been science advisor for several movies and television series, including Marvel's Thor: Ragnarok and the National Geographic Channel's Genius. He received the American Association of Physics Teachers 2018 Klopsteg Memorial Award for outstanding communication of the excitement of contemporary physics to the general public.
Les mer
Nettpris:
409,-
Levering 3-20 dager 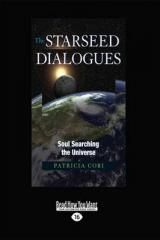 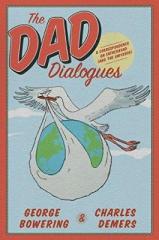 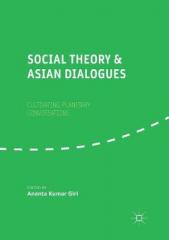 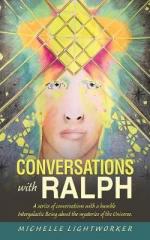 Conversations with Ralph A Series of Conversations with a Humble Intergalactic Being about the Mysteries of the Universe
Lightworker, Michelle
Heftet / 2018 / Engelsk
163,-
Opphavsrett (C) 2020 Akademika. Alle rettigheter forbeholdt. Laget av Ny Media AS