Smith, Christine McMurray; Roy
Digital bok / 2018 / Engelsk
The emergence of a global economy has led to the erosion of local autonomy and national sovereignty with an associated emphasis on the spread of liberal, free-market economics. A clear divide is appearing between those benefiting from and those disadvantaged by this process. Among the most important consequences are changes in the patterns of health and the prevalence of disease. While infant mortality is declining in most countries, and many formerly prevalent diseases are being successfully tackled, the move from subsistence to cash economies brings with it changes in diet, alcohol consumption and high levels of smoking; with the result that non-communicable, 'lifestyle illnesses' such as heart disease and diabetes are spreading rapidly. Similarly, growing divisions of wealth add to the problem, bringing diseases relating to poverty and malnourishment as well as those caused by affluence and over-consumption. Issues covered in this book include equitable and sustainable modernization, the determinants of health, the process of marginalization, and survival strategies on the periphery. The authors draw on primary case study material, largely from societies in the Pacific region undergoing modernization, to provide invaluable information for tracking and assessing the full impacts of these changes.
Les mer
Nettpris:
313,- 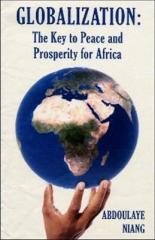 Globalization The Key to Peace and Prosperity for Africa
Niang, Abdoulaye
Heftet / 2008 / Engelsk
150,- 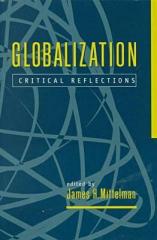