Dramaturgy of the Door

Dramaturgy of the Door

Andrews, Stuart Wagner, Matthew
Innbundet / 2019 / Engelsk
The Dramaturgy of the Door examines the door as a critical but under-explored feature of theatre and performance, asking how doors function on stage, in site-specific practice and in performances of place. This first book-length study on the topic argues that doors engage in and help to shape broad phenomena of performance across key areas of critical enquiry in the field. Doors open up questions of theatrical space(s) and artistic encounters with place(s), design and architecture, bodies and movement, interior versus exterior, im/materiality, the relationship between the real and the imaginary, and processes of transformation. As doors separate places and practices, they also invite us to see connections and contradictions between each one and to consider the ways in which doors frame the world beyond the stage and between places of performance. With a wide-ranging set of examples - from Shakespeare's Macbeth to performance installations in the Mojave Desert - The Dramaturgy of the Door is aimed at performance makers and artists as well as advanced students and scholars in the fields of performance studies, cultural theory, and visual arts.
Les mer
Openings: doors remembered 1 The dramaturgy of the door 2 At home with doors: practising architectural elements 3 "This is the door": threshold phenomena in Shakespearean dramaturgy 4 Bodies at doors, bodies with doors 5 Together at doors: situating spectators in the city 6 The Janus effect: doors and theatrical time Closings: doors reflected
Les mer
Stuart Andrews is a writer, researcher, and Co-Director of Performing City Resilience. Matthew Wagner is a Senior Lecturer in Theatre and Performance at the University of Surrey.
Nettpris:
1.417,-
Levering 3-20 dager 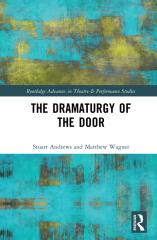 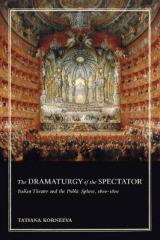 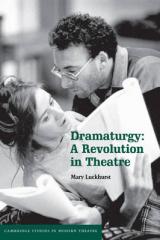 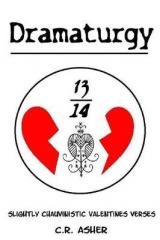