Giddens, Anthony
Heftet / 1996 / Engelsk
Durkheima s writings on political theory, and the nature of government have been among the most neglected of his contributions to modern social science. While his writings on these subjects are little known, there can be no doubt that some of his political ideas are of very considerable significance indeed. This is the first collection of Durkheima s texts on politics and the state to appear in English. Most of the material included has been newly translated. Edited and with an introduction by Anthony Giddens, the book provides a basic resource for anyone interested in Durkheima s thought. Accessible enough to serve as an introductory text for students, the volume will also be of interest to specialist scholars of Durkheim.
Les mer
aeo The only collection of Durkheima s political works available in English. aeo Introduction by Anthony Giddens, one of the main experts on Durkheima s work. aeo Includes a variety of central texts but also some much less familiar ones. aeo The only collection of Durkheima s political works available in English.
Les mer
Preface. Introduction: Anthony Giddens. 1. The Concept of the State. 2. Democracy and Political Representation. 3. The Concept and Nature of Socialism. 4. Socialism and Marxism: Critical Commentaries. 5. Political Obligation, Moral Duty and Punishment. 6. The State, Education and Equality. 7. Patriotism and Militarism. Notes. Index.
Les mer
"It is difficult to imagine social--scientific thought and practice in Britain and much of Continental Europe without the distinctive contribution of Anthony Giddens. His prolific work has the unique merit of tying together the rich tradition of modern social thought with the challenges of whatever is new and unprecedented in what he has called the "late modern" or "post--traditional" world." Times Literary Supplement
Les mer
Nettpris:
262,-
Levering 3-20 dager 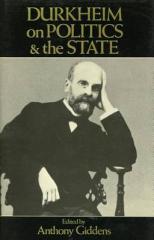 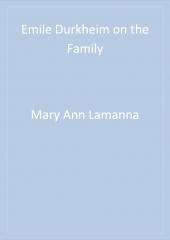 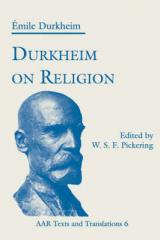 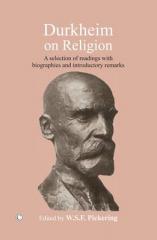