Mishkin, Frederic S.
Innbundet / 2015 / Engelsk
For courses in Money and Banking or General Economics. An Analytical Framework for Understanding Financial Markets The Economics of Money, Banking and Financial Markets, Business School Edition brings a fresh perspective to today's major questions surrounding financial policy. Influenced by his term as Governor of the Federal Reserve, Frederic Mishkin offers readers a unique viewpoint and informed insight into the monetary policy process, the regulation and supervision of the financial system, and the internationalization of financial markets. Continuing to set the standard for money and banking courses, the Fourth Edition provides a unifying, analytic framework for learning that fits a wide variety of topics. Core economic principles organize readers' thinking, while current real-world examples engage and motivate. Also available with MyEconLab (R) MyEconLab is an online homework, tutorial, and assessment program designed to work with this text to engage students and improve results. Within its structured environment, students practice what they learn, test their understanding, and pursue a personalized study plan that helps them better absorb course material and understand difficult concepts. www.myeconlab.com Note: You are purchasing a standalone product; MyEconLab does not come packaged with this content. If you would like to purchase both the physical text and MyEconLab search for ISBN-10: 0134047389 / ISBN-13: 9780134047386 The Economics of Money, Banking and Financial Markets, Business School Edition Plus MyEconLab with Pearson eText -- Access Card Package, 4e. That package includes ISBN-10: 0133859800 / ISBN-13: 9780133859805 The Economics of Money, Banking and Financial Markets, Business School Edition and ISBN-10: 0133864065 /ISBN-13: 9780133864069 MyEconLab with Pearson eText -- Access Card -- for The Economics of Money, Banking and Financial Markets, Business School Edition. MyEconLab should only be purchased when required by an instructor.
Les mer
1. Why Study Money, Banking, and Financial Markets? 2. An Overview of the Financial System 3. What Is Money? 4. The Meaning of Interest Rates 5. The Behavior of Interest Rates 6. The Risk and Term Structure of Interest Rates 7. The Stock Market, the Theory of Rational Expectations, and the Efficient Market Hypothesis 8. An Economic Analysis of Financial Structure 9. Banking and the Management of Financial Institutions 10. Economic Analysis of Financial Regulation 11. Banking Industry: Structure and Competition 12. Financial Crises 13. Nonbank Finance 14. Financial Derivatives 15. Conflicts of Interest in the Financial Industry 16. Central Banks and the Federal Reserve System 17. The Money Supply Process 18. Tools of Monetary Policy 19. The Conduct of Monetary Policy: Strategy and Tactics 20. The Foreign Exchange Market 21. The International Financial System 22. Quantity Theory, Inflation, and the Demand for Money 23. Aggregate Demand and Supply Analysis 24. Monetary Policy Theory 25. Transmission Mechanisms of Monetary Policy Chapters on the web: 1. Financial Crises in Emerging Market Economies 2. The IS Curve 3. The Monetary Policy and Aggregate Demand Curves 4. The Role of Expectations in Monetary Policy 5. The ISLM Model
Les mer
Frederic S. Mishkin Frederic S. Mishkin is the Alfred Lerner Professor of Banking and Financial Institutions at the Graduate School of Business, Columbia University. He is also a Research Associate at the National Bureau of Economic Research, co-director of the U.S. Monetary Policy Forum, a member of the Squam Lake Working Group on Financial Reform, and past president of the Eastern Economics Association. Since receiving his Ph.D. from the Massachusetts Institute of Technology in 1976, he has taught at the University of Chicago, Northwestern University, Princeton University, and Columbia. He has also received an honorary professorship from the People's (Renmin) University of China. From 1994 to 1997, he was Executive Vice President and Director of Research at the Federal Reserve Bank of New York and an associate economist of the Federal Open Market Committee of the Federal Reserve System. From September 2006 to August 2008, he was a member (governor) of the Board of Governors of the Federal Reserve System. Professor Mishkin's research focuses on monetary policy and its impact on financial markets and the aggregate economy. He is the author of more than twenty books including Macroeconomics: Policy and Practice, Second Edition (Pearson, 2015); Financial Markets and Institutions, Eighth Edition (Pearson, 2015); Monetary Policy Strategy, (MIT Press, 2007); The Next Great Globalization: How Disadvantaged Nations Can Harness Their Financial Systems to Get Rich (Princeton University Press, 2006); Inflation Targeting: Lessons from the International Experience (Princeton University Press, 1999); Money, Interest Rates, and Inflation (Edward Elgar, 1993); and A Rational Expectations Approach to Macroeconometrics: Testing Policy Ineffectiveness and Efficient Markets Models (University of Chicago Press, 1983). In addition, he has published more than 200 articles in such journals as American Economic Review, Journal of Political Economy, Econometrica, Quarterly Journal of Economics, Journal of Finance, and Journal of Monetary Economics. Professor Mishkin has served on the editorial board of American Economic Review and has been an associate editor at Journal of Business and Economic Statistics, the Journal of Applied Econometrics, Journal of Economic Perspectives, Journal of International Money and Finance, and Journal of Money, Credit and Banking; he also served as the editor of the Federal Reserve Bank of New York's Economic Policy Review. He is currently an associate editor (member of the editorial board) at five academic journals, including International Finance; Finance India; Review of Development Finance, Borsa Economic Review and Emerging Markets, Finance and Trade. He has been a consultant to the Board of Governors of the Federal Reserve System, the World Bank, and the International Monetary Fund, as well as to many central banks throughout the world. He was also a member of the International Advisory Board to the Financial Supervisory Service of South Korea and an advisor to the Institute for Monetary and Economic Research at the Bank of Korea. Professor Mishkin was a Senior Fellow at the Federal Deposit Insurance Corporation's Center for Banking Research and was an academic consultant to and serves on the Economic Advisory Panel of the Federal Reserve Bank of New York.
Les mer
Nettpris:
2.247,-
Levering 3-20 dager 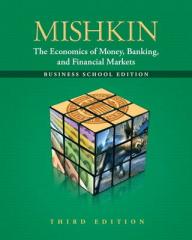 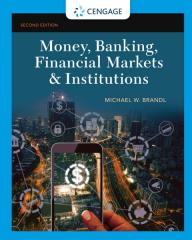 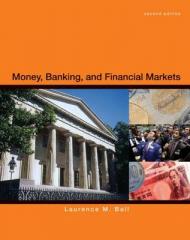 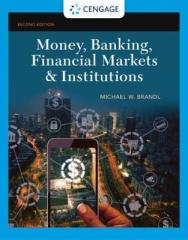