Norris, Pippa
Heftet / 2004 / Engelsk
From Kosovo to Kabul, the last decade witnessed growing interest in ?electoral engineering?. Reformers have sought to achieve either greater government accountability through majoritarian arrangements or wider parliamentary diversity through proportional formula. Underlying the normative debates are important claims about the impact and consequences of electoral reform for political representation and voting behavior. The study compares and evaluates two broad schools of thought, each offering contracting expectations. One popular approach claims that formal rules define electoral incentives facing parties, politicians and citizens. By changing these rules, rational choice institutionalism claims that we have the capacity to shape political behavior. Alternative cultural modernization theories differ in their emphasis on the primary motors driving human behavior, their expectations about the pace of change, and also their assumptions about the ability of formal institutional rules to alter, rather than adapt to, deeply embedded and habitual social norms and patterns of human behavior.
Les mer
The book illustrates that formal rules do matter, with the social cleavages and partisan identities of voters, and the diversity and behavior of elected representatives, shaped by the incentives generated by majoritarian, combined, and proportional electoral systems.
Les mer
Part I. Introduction: 1. Do rules matter?; 2. Classifying electoral systems; 3. Evaluating electoral systems; Part II. The Consequences for Voting Behavior: 4. Party systems; 5. Social cleavages; 6. Party loyalties; 7. Turnout; Part III. The Consequences for Political Representation: 8. Women; 9. Ethnic minorities; 10. Constituency service; Part IV. Conclusions: 11. The impact of electoral engineering.
Les mer
'This is a welcome contribution to the debate on how electoral systems shape political strategies. It should be read by all students of electoral systems, not only because it is well researched and well written, but also because it brings attention to the lesser known systems of preferential voting...'. Journal of Commonwealth and Comparative Politics'... this is a book rich in its insights and detailed research findings'. The British Journal of Politics and International Relations"Ultimately, by combining models based on incentive theory and cultural modernization, Norris provides an innovative and important empirical contribution to the rational-choice institutionalism literature. This book would serve well scholars seeking a broad and comprehensive overview of the debate between structure and culture as explanations of political behavior, as well as those seeking a more rigorous theoretical and empirical approach to incentive-based models of political behavior on a comparative basis." Perspectives on Political Science"Like earlier books by this prolific author, this book is a masterpiece of synthesis, original theorizing, and empirical analysis of an impressively large number and variety of cases. Pippa Norris has a great ability to deal with big subjects in a very creative way." Arend Lijphart, University of California, San Diego"This book looks at public opinion data linking attitudes, party choices, and electoral systems in ways that the game theory literature usually fails to come to grips with. It is a major contribution to the electoral systems literature and to the comparative politics literature in general." Bernard Grofman, University of California, Irvine"In this highly innovative book, Pippa Norris combines institutional and survey data from 32 widely different countries to assess the possibilities and limitations of implanting democracy through institutional engineering. As the international community increasingly tries to remake political systems from Albania to Zimbabwe, this study will be an important touchstone for policy-makers and analysts alike." Richard S. Katz, The Johns Hopkins University"Norris is one of only a small handful of political scientists who could meet the ambitions of a study such as this, and she has done it with her usual aplomb!" David Farrell, University of Manchester
Les mer
Compares the consequences of electoral rules for many dimensions of political representations and voting behavior.
Nettpris:
383,-
Levering 3-20 dager 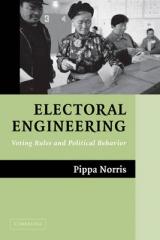 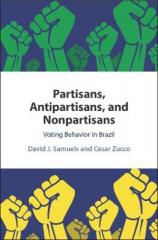