Empires in Collision in Late Antiquity

Empires in Collision in Late Antiquity

Bowersock, G. W.
Heftet / 2012 / Engelsk
In this book, based on lectures delivered at the Historical Society of Israel, the famed historian G. W. Bowersock presents a searching examination of political developments in the Arabian Peninsula on the eve of the rise of Islam. Recounting the growth of Christian Ethiopia and the conflict with Jewish Arabia, he describes the fall of Jerusalem at the hands of a late resurgent Sassanian (Persian) Empire. He concludes by underscoring the importance of the Byzantine Empire's defeat of the Sassanian forces, which destabilized the region and thus provided the opportunity for the rise and military success of Islam in the seventh century. Using close readings of surviving texts, Bowersock sheds new light on the complex causal relationships among the Byzantine, Ethiopian, Persian, and emerging Islamic forces.
Les mer
Political and military developments in the Arabian Peninsula on the eve of Islam
"Bowersock has brought a novel freshness to this grand narrative. He fastens with delight on new pieces of evidence, from each of which he derives conclusions that significantly alter our view of the whole story."-- "The New York Review of Books""The author, a historian Of Greco-Roman times, shows how edges of empires help us understand the inner workings of the empires themselves."-- "Saudi Aramco World"
Les mer
G. W. BOWERSOCK is professor emeritus of ancient history at the Institute for Advanced Study, Princeton, New Jersey. His most recent book is From Gibbon to Auden: Essays on the Classical Tradition.
Nettpris:
332,-
Levering 3-20 dager 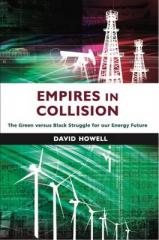 Empires in Collision The Green versus Black Struggle for Our Energy Future
Howell, David
Innbundet / 2016 / Engelsk
344,- 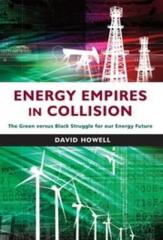 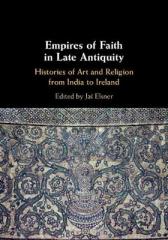 Empires of Faith in Late Antiquity Histories of Art and Religion from India to Ireland
Innbundet / 2020 / Engelsk
1.294,- 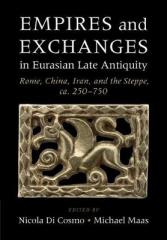