Anheier, Helmut K. Juergensmeyer, Mark K.
Kombinasjonsprodukt / 2012 / Engelsk
The Encyclopedia of Global Studies is the reference work for the emerging field of global studies. It covers both transnational topics and intellectual approaches to the study of global themes, including: the globalization of economies and technologies; the diaspora of cultures and dispersion of peoples; the transnational aspects of social and political change; the global impact of environmental, technological and health changes; and the organizations and issues related to global civil society.
Les mer
The Encyclopedia of Global Studies is the reference work for the emerging field of global studies. It covers both transnational topics and intellectual approaches to the study of global themes.
Hare Krishna (ISKCON) - Steven Barrie-Anthony
The Encyclopedia of Global Studies lends definition to growing field of study while at the same time offering students and scholars a firm foundation on which to build serious research. It is unique in that it gives the reader a global, transnational perspective on a wide diversity of topics ranging from abortion to gender identity to outsourcing to waste management, as well as on broader concepts like civil society and social capital. It is an obvious choice for academics libraries that support transnational and global studies programs. -- Tom Gilson * Against the Grain *
Les mer
Helmut K. Anheier, PhD, is President and Dean at the Hertie School of Governance, and holds a chair of sociology at Heidelberg University. He received his PhD from Yale University in 1986, was a senior researcher at John Hopkins School of Public Policy, Professor of Public Policy and Social Welfare at UCLA's Luskin School of Public Affairs, and Centennial Professor at the London School of Economics. Professor Anheier founded and directed the Centre for Civil Society at LSE, the Center for Civil Society at UCLA, and the Center for Social Investment at Heidelberg. Before embarking on an academic career, he served as social affairs officer to the United Nations. He is author of over 400 publications, and won various international prizes and recognitions for his scholarship. Amongst his recent book publications are Nonprofit Organizations - Theory, Management, Policy (London: Routledge, 2014), A Versatile American Institution: The Changing Ideals and Realities of Philanthropic Foundations with David Hammack (Washington, DC: Brookings, 2013) and The Global Studies Encyclopedia with Mark Juergensmeyer (5 vols, Sage, 2012). He is the principal academic lead of the Hertie Schools annual Governance Report (Oxford University Press, 2013-), and currently working on projects relating to indicator research, social innovation, and success and failure in philanthropy. Mark Juergensmeyer (Ph.D., University of California, Berkeley, 1974) is Director of the Orfalea Center for Global and International Studies and Professor of Sociology and Religious Studies at the University of California, Santa Barbara. He is an expert on religious violence, conflict resolution and South Asian religion and politics, and has published more than 200 articles and a dozen books. His Terror in the Mind of God: The Global Rise of Religious Violence is based on interviews with violent religious activists around the world and was listed by the Washington Post and the Los Angeles Times as one of the best nonfiction books of the year. A previous book, The New Cold War? Religious Nationalism Confronts the Secular State covers the rise of religious activism and its confrontation with secular modernity. It was named by the New York Times as one of the notable books of the year. His book on Gandhian conflict resolution has recently been reprinted as Gandhi's Way and was selected as Community Book of the Year at the University of California, Davis. His most recent work is an edited volume, Global Religions, and he is working on a book on religion and war, and an edited volume on religion in global civil society. Juergensmeyer has received research fellowships from the Wilson Center, Harry Frank Guggenheim Foundation, U.S. Institute of Peace, and American Council of Learned Societies. He is the 2003 recipient of the prestigious Grawemeyer Award for contributions to the study of religion and is the 2004 recipient of the Silver Award of the Queen Sofia Center for the Study of Violence in Spain. Since the events of September 11, 2001, he has been a frequent commentator on televised news media.
Les mer
Nettpris:
6.613,-
Levering 3-20 dager 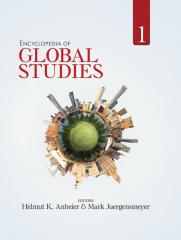 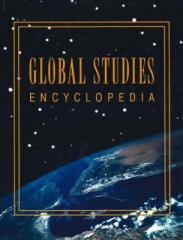 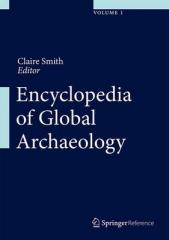 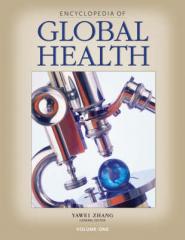