Nichols, Bill
Heftet / 2010 / Engelsk
In what ways do films influence and interact with society? What social forces determine the kinds of movies that get made? How do movies reinforce-and sometimes overturn-social norms? As societies evolve, do the films that were once considered 'great' slip into obscurity? Which ones? Why? These questions, and many others like them, represent the mainstream of scholarly film studies today. In Engaging Cinema, Bill Nichols offers the first book for introductory film students that tackles these topics head-on. Published in a handy 'trade paperback' format, Engaging Cinema is inexpensive and utterly unique in the field-a perfect complement to or replacement for standard film texts.
Les mer
Engaging Cinema emphasizes the interactions between society and cinema and introduces students to film studies as it is actually done by scholars and critics.
To the Instructor (and the curious student) Acknowledgments Introduction: Some Basic Issues and Concepts PART I. THE FORMAL CONTEXT Chapter 1. Film as a Language Chapter 2. Forms of Cinematic Engagement and the Avant-Garde Film Chapter 3. Documentary Film Chapter 4. Story Telling and Narrative Fiction Film PART II. THE SOCIAL CONTEXT FOR THE STUDY OF FILM Chapter 5. Three Fundamental Styles: Realism, Modernism, and Postmodernism Chapter 6. The Institutional and National Contexts: Hollywood and Beyond Chapter 7. Genre Films Chapter 8. Ideology and the Cinema Chapter 9. Race and Ethnicity in Film Chapter 10. Gender and Masculinity Chapter 11. Feminism and Film Part III. THE VIEWER RESPONDS: DOING RESEARCH AND RESPONDING TO FILMS Chapter 12. Writing and Speaking about Film FURTHER READING GLOSSARY INDEX
Les mer
Bill Nichols (Ph.D., UCLA) is Professor of Cinema at San Francisco State University. A leading (and founding) figure in the film studies community, Nichols is the editor of the seminal anthologies, Movies and Methods, Volumes 1 & 2 (1976; 1985) and the leading textbook in documentary film, Introduction to Documentary (2001). His other books include Ideology and the Image (1981), Representing Reality: Issues and Concepts in Documentary (1991), Blurred Boundaries: Questions of Meaning in Contemporary Culture (1995), and Maya Deren and the American Avant-Garde (ed., 2001).
Les mer
Nettpris:
215,-
Levering 3-20 dager 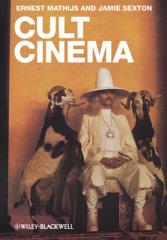 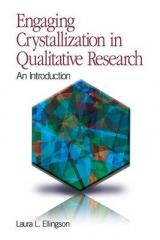 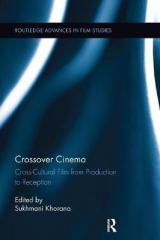 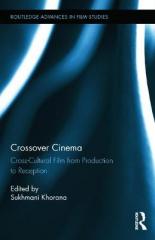