Engaging with Strangers Love and Violence in the Rural Solomon Islands

Engaging with Strangers Love and Violence in the Rural Solomon Islands

McDougall, Debra
Innbundet / 2016 / Engelsk
The civil conflict in Solomon Islands (1998-2003) is often blamed on the failure of the nation-state to encompass culturally diverse and politically fragmented communities. Writing of Ranongga Island, the author tracks engagements with strangers across many realms of life-pre-colonial warfare, Christian conversion, logging and conservation, even post-conflict state building. She describes startling reversals in which strangers become attached to local places, even as kinspeople are estranged from one another and from their homes. Against stereotypes of rural insularity, she argues that a distinctive cosmopolitan openness to others is evident in the rural Solomons in times of war and peace.
Les mer
Writing of Ranongga Island, the author tracks engagements with foreigners across many realms of life, describing startling reversals in which strangers become attached to local places, even as kinspeople are estranged.
Les mer
List of Illustrations Acknowledgements Notes on Language, Orthography, and Names Maps Introduction: On Being a Stranger in a Hospitable Land Chapter 1. Ethnicity, Insularity, and Hospitality Chapter 2. Ranongga's Shifting Ground Chapter 3. Incorporating others in violent times Chapter 4. Bringing the Gospel Ashore Chapter 5. No love? Dilemmas of Possession Chapter 6. Estranging Kin: Contests over Tribal Ownership Chapter 7. Losing passports: Mobility, Urbanization, Ethnicity Conclusion: Amity and Enmity in an Unreliable State Bibliography Index
Les mer
"...a remarkable contribution to Solomon Islands studies. The book is significant for furthering our understanding on issues of ethnicity, hospitality, land tenure, conflict and conflict management... I find the personal experiences of the author throughout the book captivating, and helpfully illustrative when discussing complex themes. The accessibility of McDougall's prose makes for an easy read, especially for non-native speakers of English. A book of this quality is a valuable addition to the historical and anthropological narrative of a country so small yet so complex in its socio-cultural, political and economic composition." The Journal of Pacific History
Les mer
Debra McDougall is Senior Lecturer at the University of Western Australia. She co-edited Christian Politics in Oceania with Matt Tomlinson (Berghahn, 2013) and has published chapters and articles on religion, politics, and sociality.
Les mer
Nettpris:
1.440,-
Levering 3-20 dager 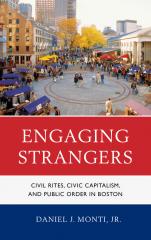 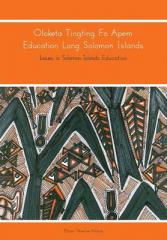 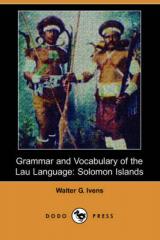 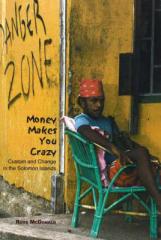